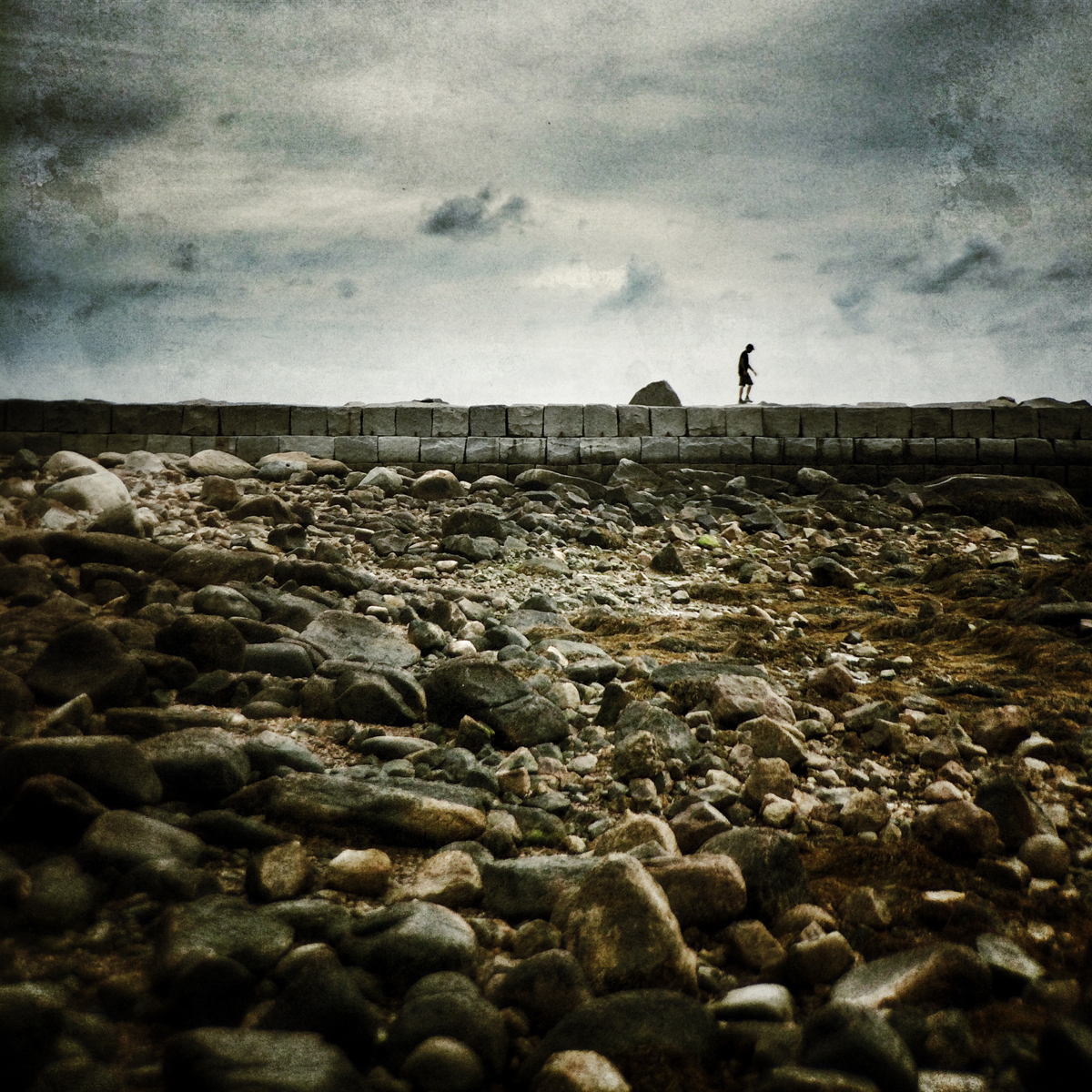 I came across a man walking along a sea wall in the northern coast town of Gloucester, Massachusetts. As it was low tide, I walked into the area where the water had receded. The skewed rocks in the foreground stand out from the organized granite squares that make up the sea wall. There is a strong contrast between the human-made and the stochastic aspects of nature, which is further highlighted by the isolation of the man’s silhouette. There is hubris in thinking nature can be contained, but it is only a matter of time before the wall crumbles into the sea.