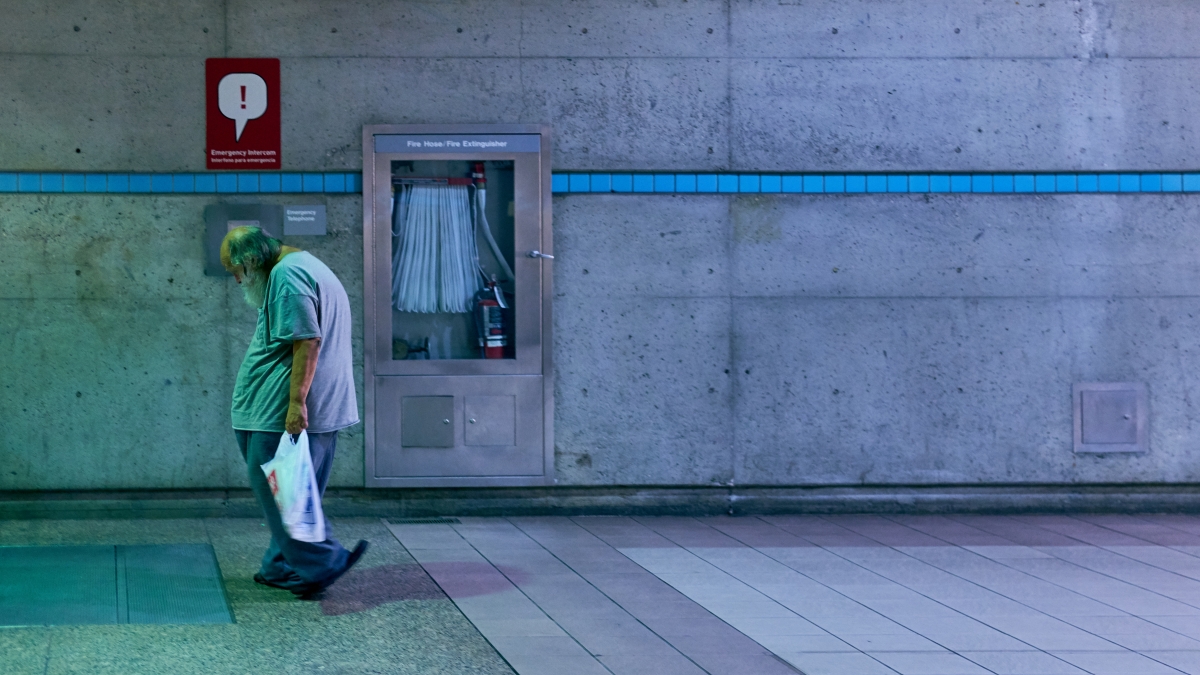 It was the waning hours of the day, and as I was headed down toward the subway at the Pershing Square station in Downtown Los Angeles, I bought sight of a man shuffling toward the escalator. My camera went to my eye by instinct. I had only a split-second to capture the image. at 1/40th of a second there is a bit of motion blur, but I didn't have time to make changes. If I had I certainly wouldn't have captured him with his head aligned with what becomes a thought bubble on the wall. The one artistic choice that was open to me was the framing. I tend to like lots of space on one side or another, and for this particular gentleman I wanted that space behind him, as if to show his plodding daily journey.

Author: David began taking pictures at the age of 10 with a Kodak Ektralite. His second camera was a Vivitar point and shoot that he dropped into the sea of Galilea at 12-years-old. He got better at holding onto his cameras, and throughout high school he was rarely seen without his Nikon, but after enrolling in the University of Southern California's prestigious School of Cinematic Arts, you were more likely to find him with a super 8 or 16mm cinema camera. For the last two decades he's worked as a film and television writer, as well as a poet and short storywriter, but in recent years David's felt the irrepressible pull of his first and greatest love--photography. With his Fuji X-T2 he plans to push the limits of his equipment and his creativity in his search for new stories, stories that can only be found on the streets and on the faces of friends and strangers, focusing mostly on street photography and portraiture.