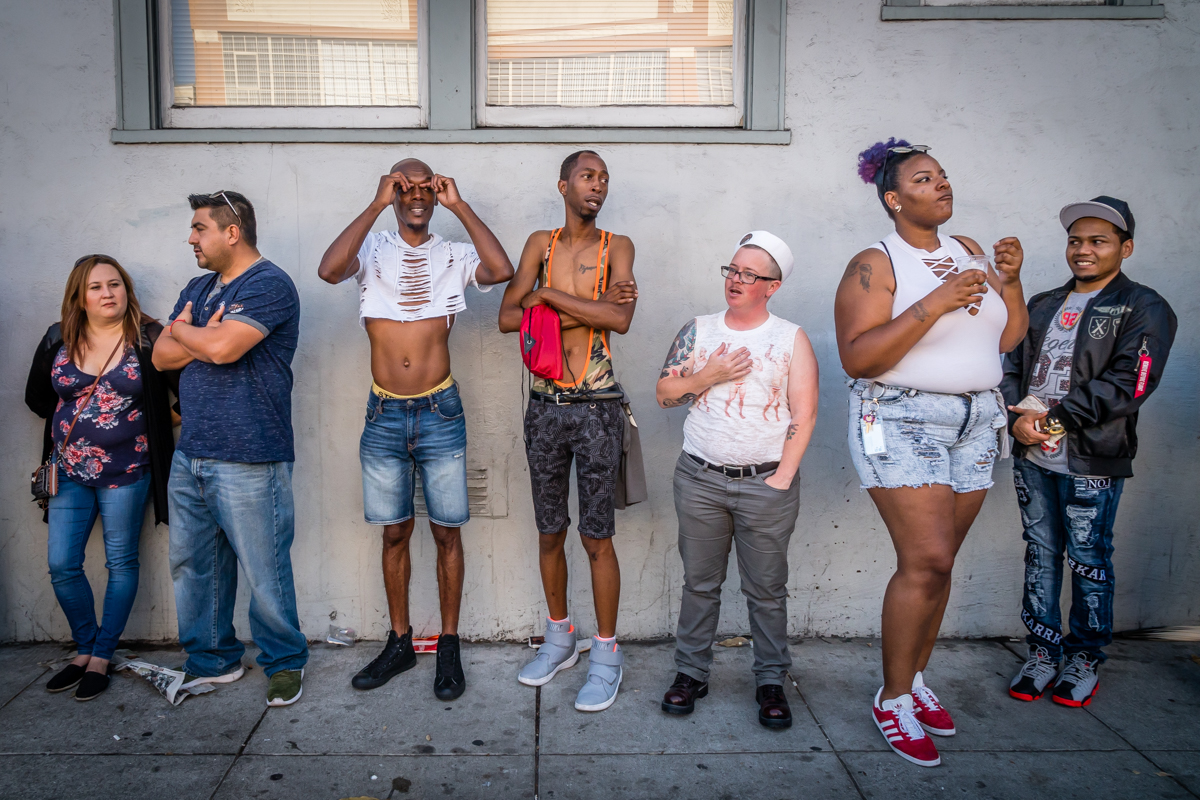 A candid photograph of a diverse collection of people who were attending a street festival.