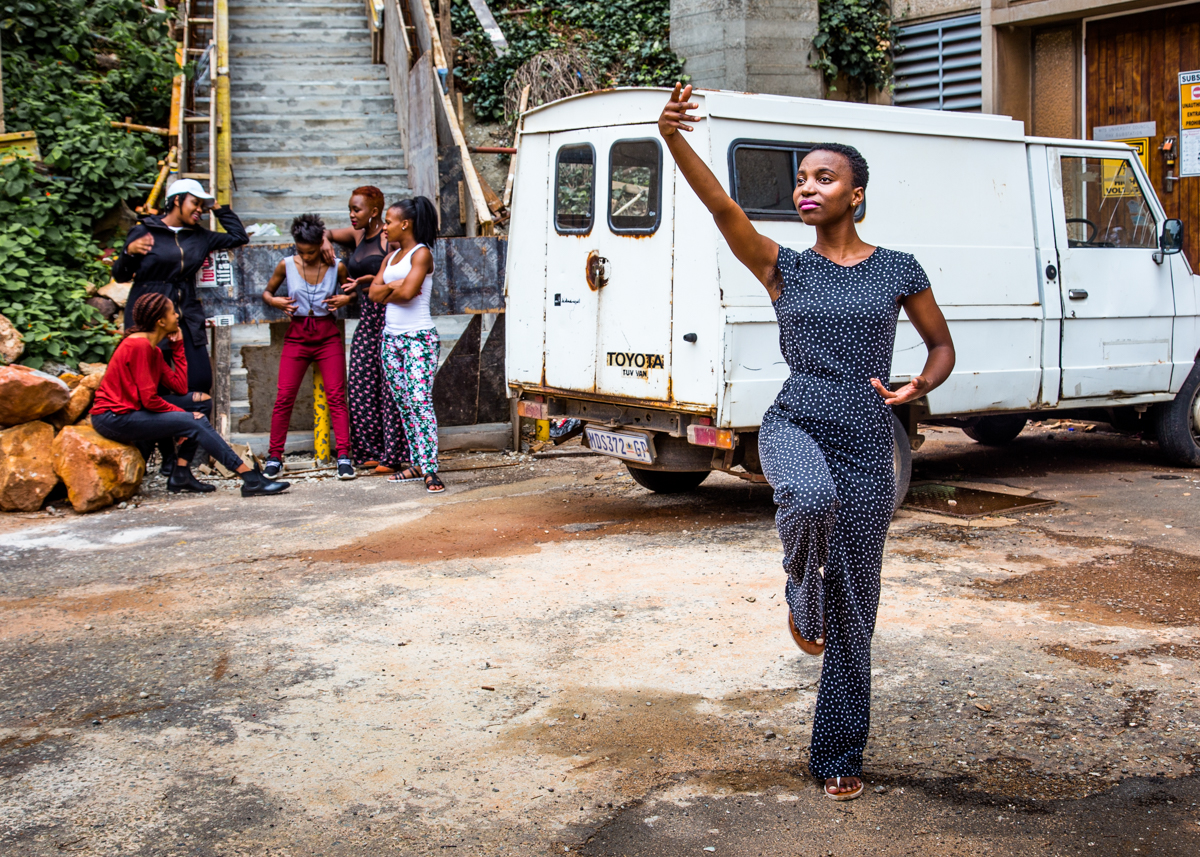 Street, urban and contemporary dance in South Africa is an an enigmatic art form born largely out of resistance and political defiance in the townships during the time of apartheid.

Today, this tradition is still much in evidence, as mostly black creative choreographers use contemporary dance to tell stories of struggle and hope from Southern Africa’s pre-history, ancestor story-telling, tribal roots, colonisation, apartheid, oppression and current social issues, such as Gay Rights and AIDS.

In truth, South Africa’s contemporary dance has absorbed many influences such as: ballet, introduced to the urban black population by European enthusiasts in the 1970s, traditional tribal dances, street dances, uniquely South African dances such as Toyi Toyi, the gumboot dance, Isipantsua and the Sbhujwa. Throw in classical Indian dance, afro-fusion, dance theatre, jazz and tap dance – and you’ve got it!

In addition, today’s contemporary dance form, practiced mostly by the young and urban black grass-route and often untrained dancers, has been fed by large doses of “hip-hop” music and wrap influences coming out of the US in the 80/90s. Most of today's dancers stress the importance of music to their creative approach.

During apartheid, contemporary dance championed the causes of freedom and democracy, today it stages performances not only on the street, and in theatres in Johannesburg and Cape Town to enthusiastic audiences - with dance performers from all races.

Dance schools, although struggling for government funding (as are all the arts in South Africa), are springing up across the country led by talented dancers and choreographers, many of whom have lived, trained and worked overseas.

Author: Chris Kirby is a photographer from the United Kingdom.

Chris specialises in the areas of: culture and identity, sustainable development, beliefs and religion, the environment, social issues and marginalised communities. He works mostly in the UK and Africa.

He was admitted to Kingston College of Art and Design and later obtained a diploma in journalism from the British School of Journalism. His photography has been exhibited in the UK and Europe, has featured in numerous print and online publications, and won recognition in international awards.