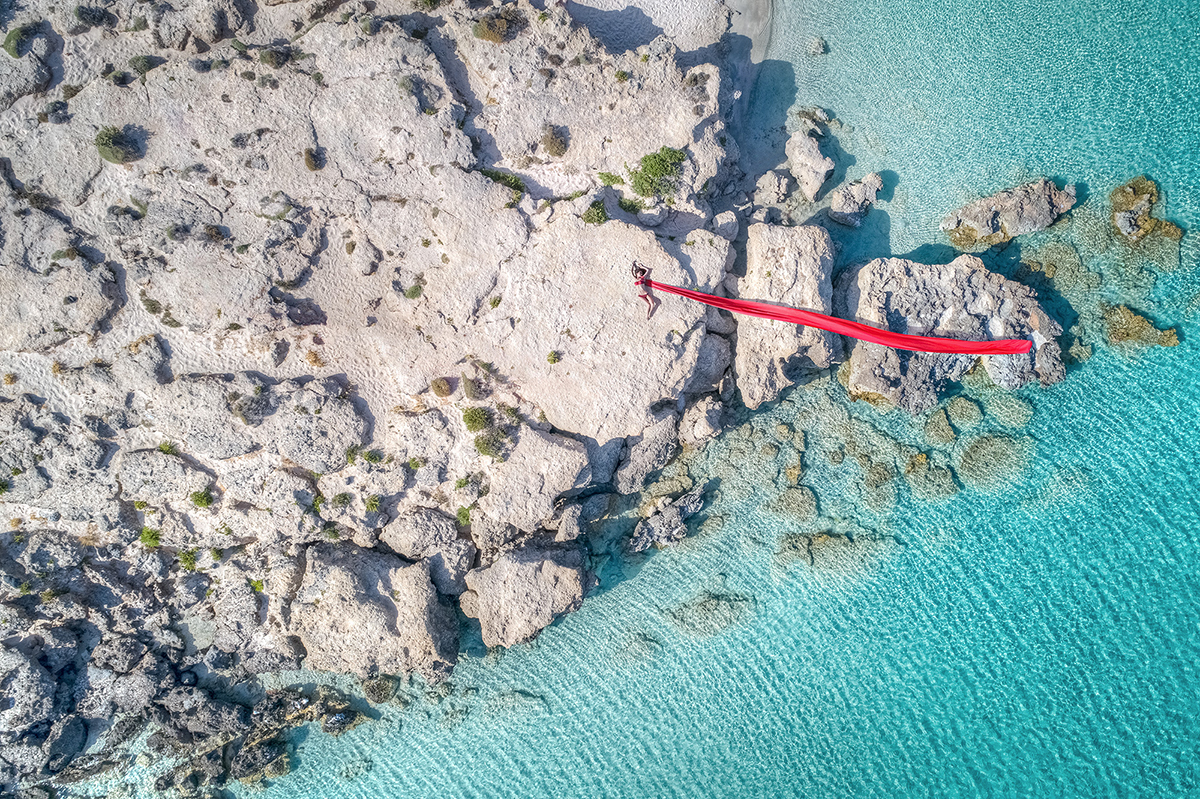 I shoot this picture in the Island of Crete, on the beach of Elafonisi.
To realize this shot I used a 15 meters Red satin textile, representing the visual link between the woman and the wild nature.