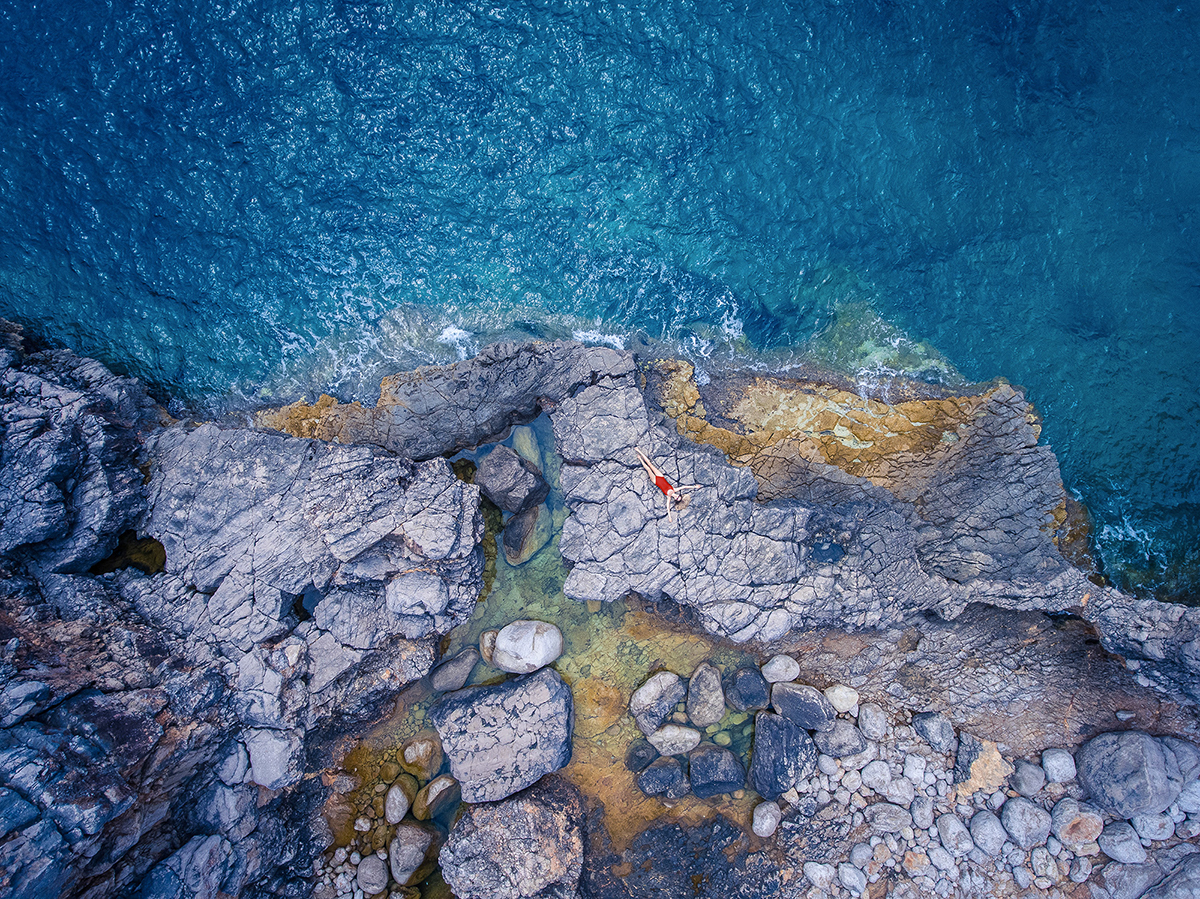 I shot this picture with my drone during a summer vacation. My wife and I spent several days in Montenegro on the Adriatic Coast, and this shot is from the cove Veslo, located at the eastern part of Luštica peninsula. This is a perfect spot where you get the feelings of coziness, privacy, and relaxation, and this is what I wanted to be reflected in my work. Unspoiled and rugged at the same time, but also a beautiful and authentic landscape is what I found here, and I hope this is what transcends through this image