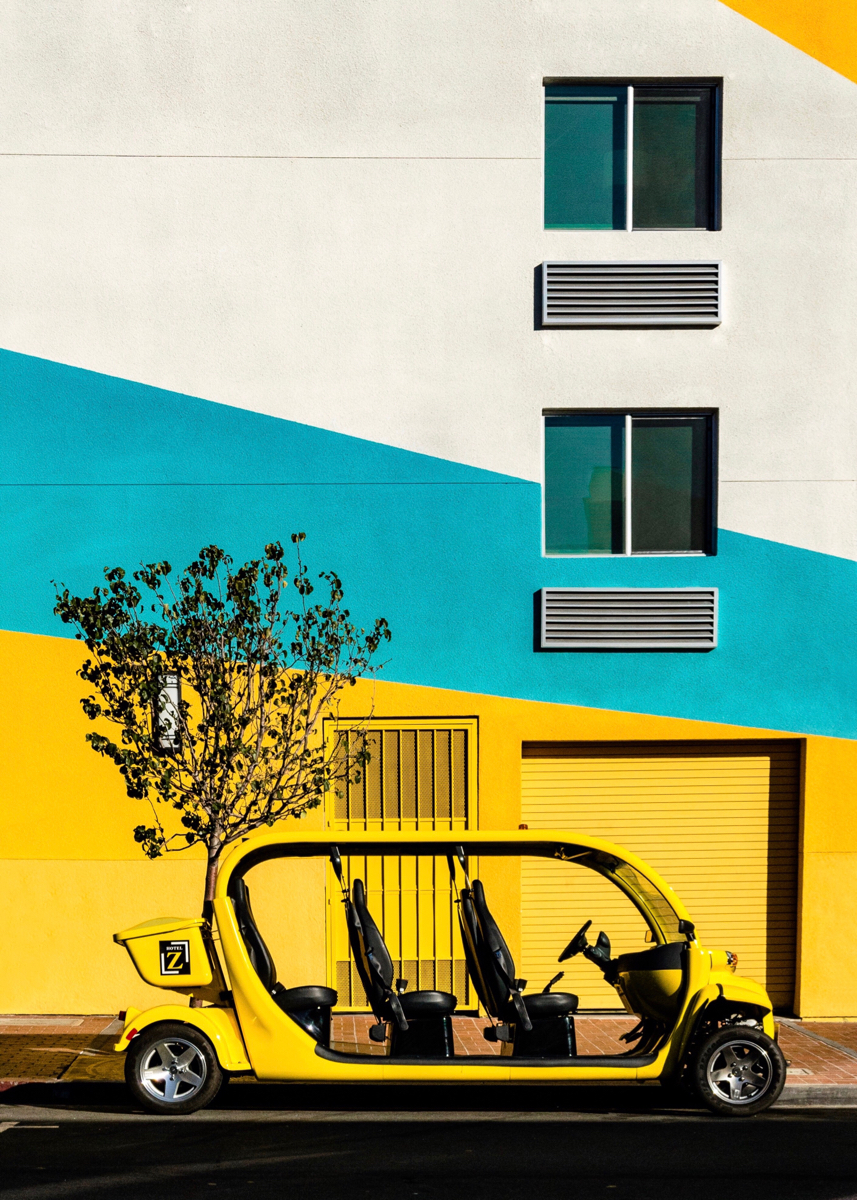 A golf cart used to shuttle hotels gets in downtown San Diego.