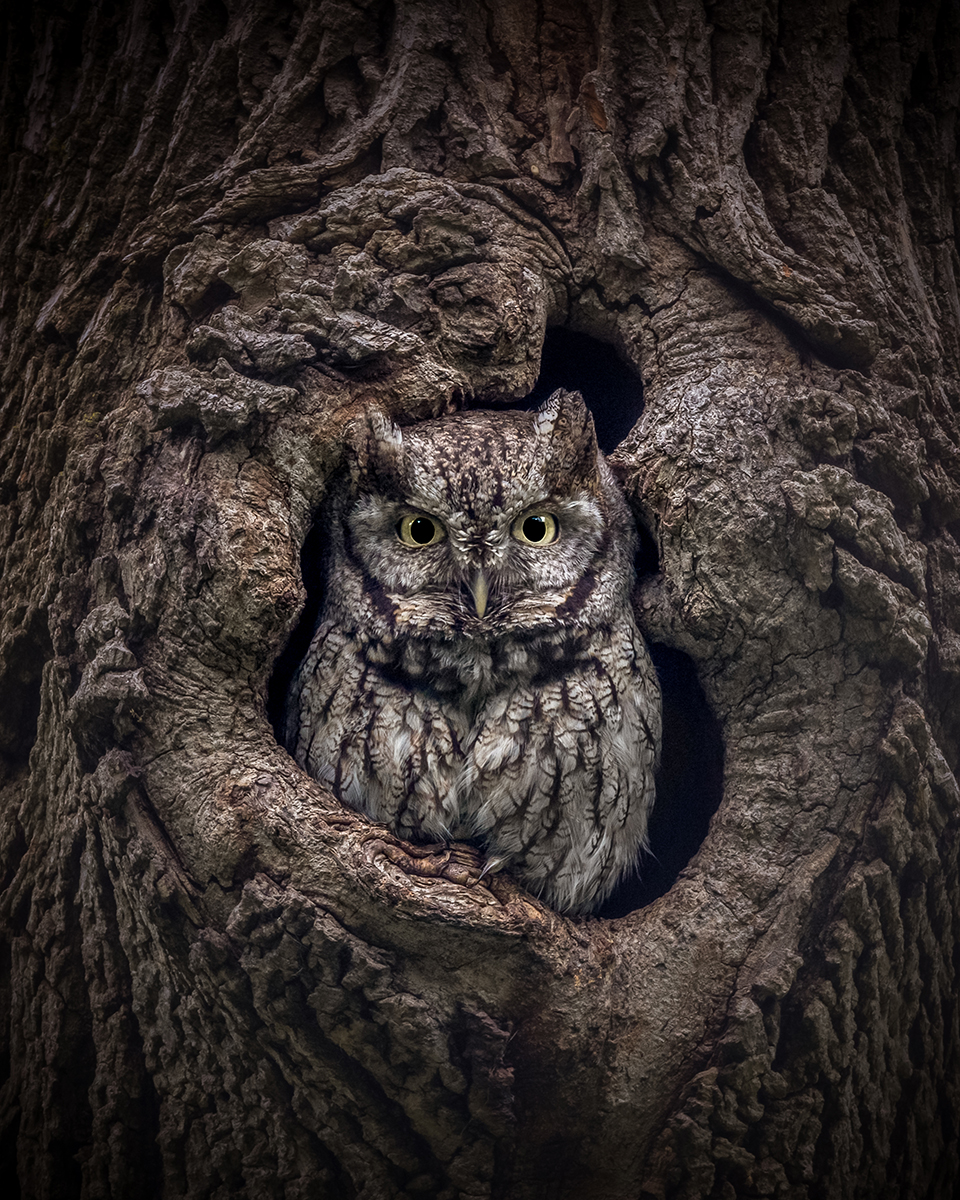 In my years as a photographer, I've encountered many owls in my explorations. The eastern screech owl is a particularly interesting species, given that it is often visible in a tree cavity during the day. After seeking and photographing mostly red screech owls, I became intrigued by the idea of finding a grey morph eastern screech owl in a tree that complements its great camouflage. It took two years of finding owls in cavities that didn't fit my dream, but finally, the search is over and the vision is complete.

Author: I am a physical therapy student who enjoys photography as a serious hobby. It all began in my early teens when I grabbed my mom's Canon Powershot and ran outside to photograph some sun rays that were shooting through a cloud. At first I only photographed cloud formations and sun rays. It wasn't until after I purchased the very first Canon Rebel that I began to explore other types of photography, experimenting mostly with landscapes and macros.

A few years later, after my interest for photography had fallen off, I received the Canon Rebel t3i as a gift. The fire began to burn again and I became obsessed with perfecting every style of photography I could. After a short portrait stint that included a wedding and some senior portraits, a few pet photography gigs, and two years of shooting college lacrosse games, I focused on nature and set my sights on insect macro photography. Once I became tired of focus rails and all the other accessories, I moved on to bird photography, which remains a love of mine today. Ultimately, I came back to where it all started - landscapes.

Photographing landscapes requires one to view the world in a different way. Since beautiful weather and scenery do not always result in beautiful photographs, I've enjoyed learning to appreciate the beauty of everything I see even if there's not a perfect photograph to be found. New England has endless scenery and whenever possible I try to find new areas to explore.