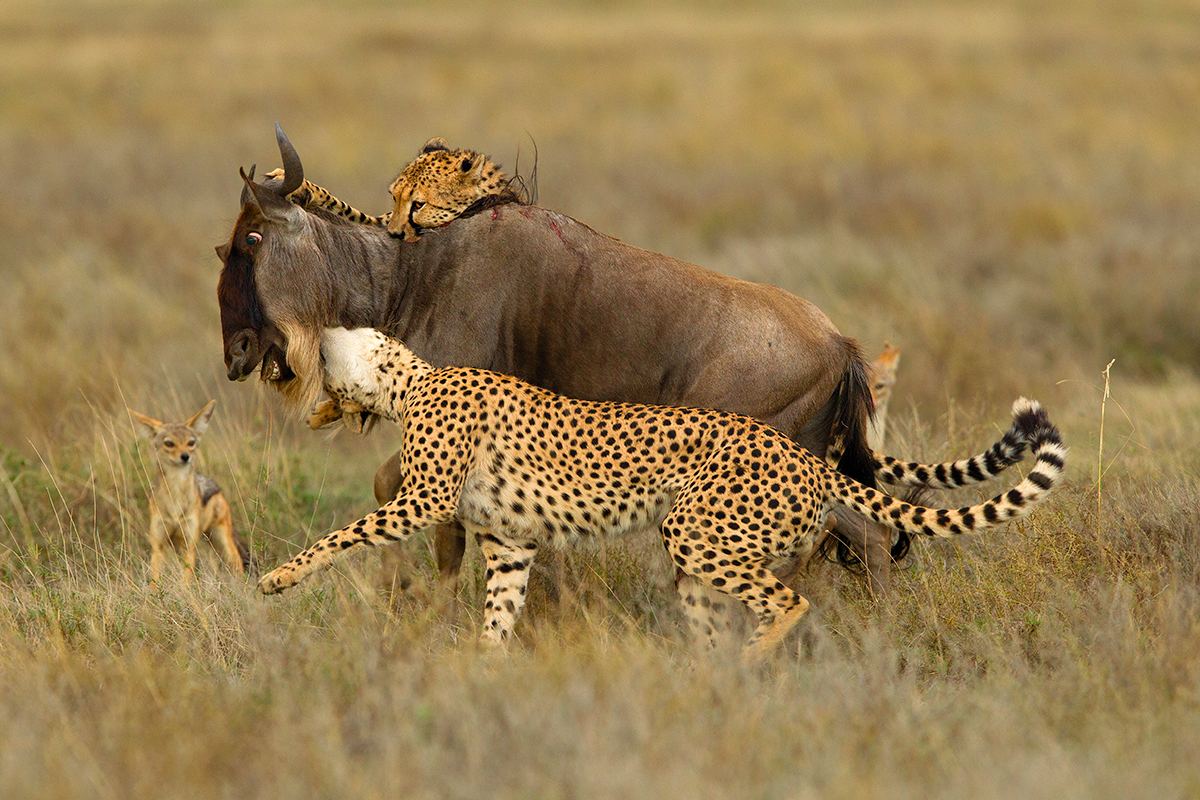 This picture has been taken in the Serengeti in Tanzania, Africa. We were following these two cheetah brothers for more than 10 hours, waiting for some action. During the morning hours they were walking around and resting now and then. They seemed hungry and had an empty belly. Around noon it was so hot that they were hiding and sleeping in the shadow of a tree and we waited and waited patiently.

Around 16.00 hrs they were getting more and more active and were investigating a big herd of Wildebeest in the distance and were trying to get closer and closer.
All of a sudden one of the cheetah brothers ran into the herd. A cheetah runs so fast that its legs might touch the ground only half the time it's in motion. The other cheetah was approaching from the opposite direction and they attacked this Wildebeest. It took more than 15 minutes before they managed to kill the Wildebeest.

Out of nowhere a group of 10 Hyena approached and in a second they have stolen the kill. The poor cheetah did all the work, but unfortunately didn’t get any piece of meat.