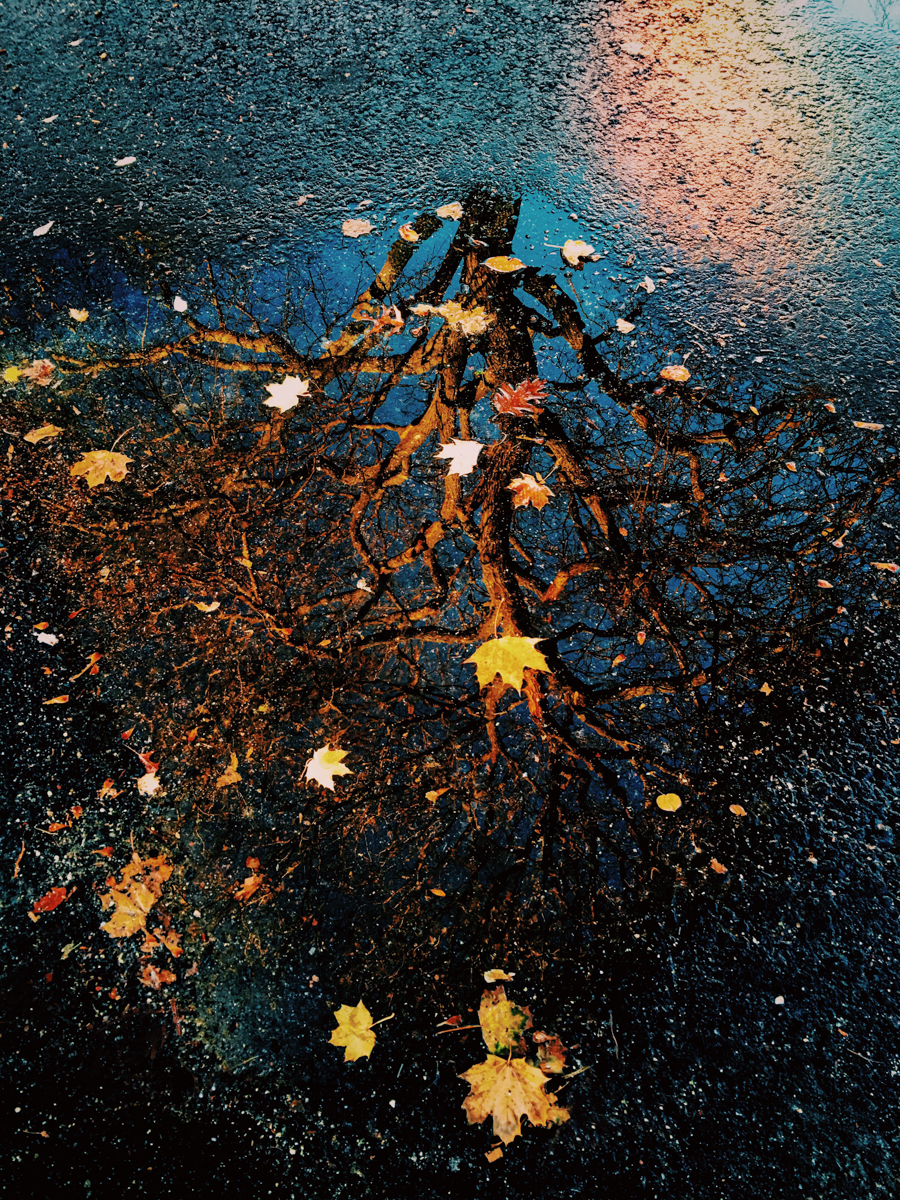 It can be difficult to find beauty in urban environments. This series speaks to the need to occasionally escape the sensory and psychological confines of city life. These images are reflections from pools of water that have gathered atop of concrete or asphalt, which provides contrast between the abrasiveness of industrialization and the tranquility of nature.