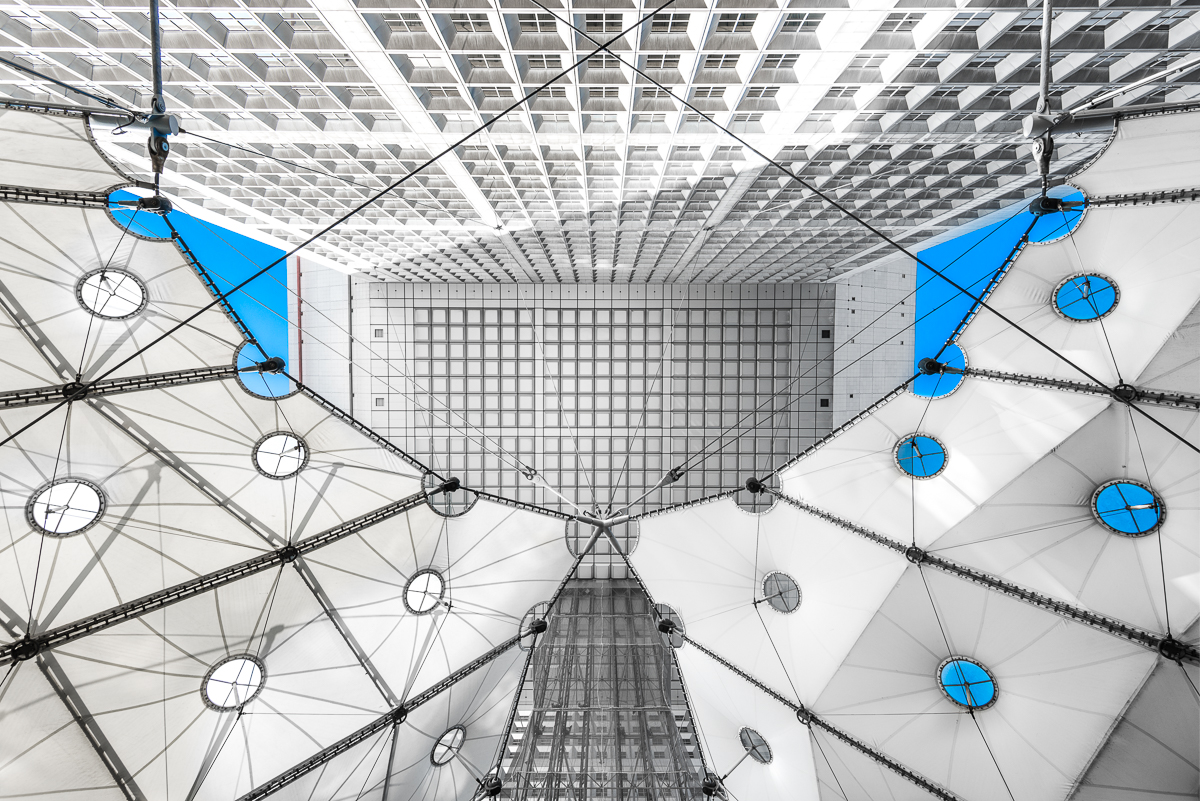 La Grande Arche de la Défense is a monument and building in the business district of La Défense in Paris, France. A great national design competition was launched in 1982 as the initiative of French president François Mitterrand. Danish architect Johann Otto von Spreckelsen and Danish engineer Erik Reitzel designed the winning entry to be a late-20th-century version of the Arc de Triomphe: a monument to humanity and humanitarian ideals rather than military victories.
This photo was taken on a beautiful sunny day in October 2016 during a photography workshop I was attending in Paris. What attracted me to this scene was the symmetry as well as the geometry of the building and the netting.

Author: Katherine Young is an award winning fine art photographer currently based in London. Having lived on three continents, Katherine has a keen interest in travel and has shot in many parts of the world.

Her interest in photography started at an early age however it has only been in the last five years that Katherine took her hobby more seriously. As a self-taught photographer, Katherine began with travel photography, concentrating on urban landscapes and people, aiming to capture the essence of each of the places she has visited. Inspired by the contemporary architecture of Singapore, Katherine focused her attention on cityscapes and architecture, often using HDR photography to emphasise the vibrance and beauty of the city-state.

Katherine’s real passion is black-and-white photography as she feels that monochromatic images have a surreal and timeless quality which leaves a striking impact on the viewer. Without the distraction of colour, the photograph looks cleaner and reveals the very soul of the subject. Katherine believes that contemporary architecture with its straight lines, dramatic angles and polished surfaces, is particularly well suited to her style of photography and enables her to fully express her vision. She is fascinated by the way 'light illuminates and shadow defines' such structures and brings them to life.