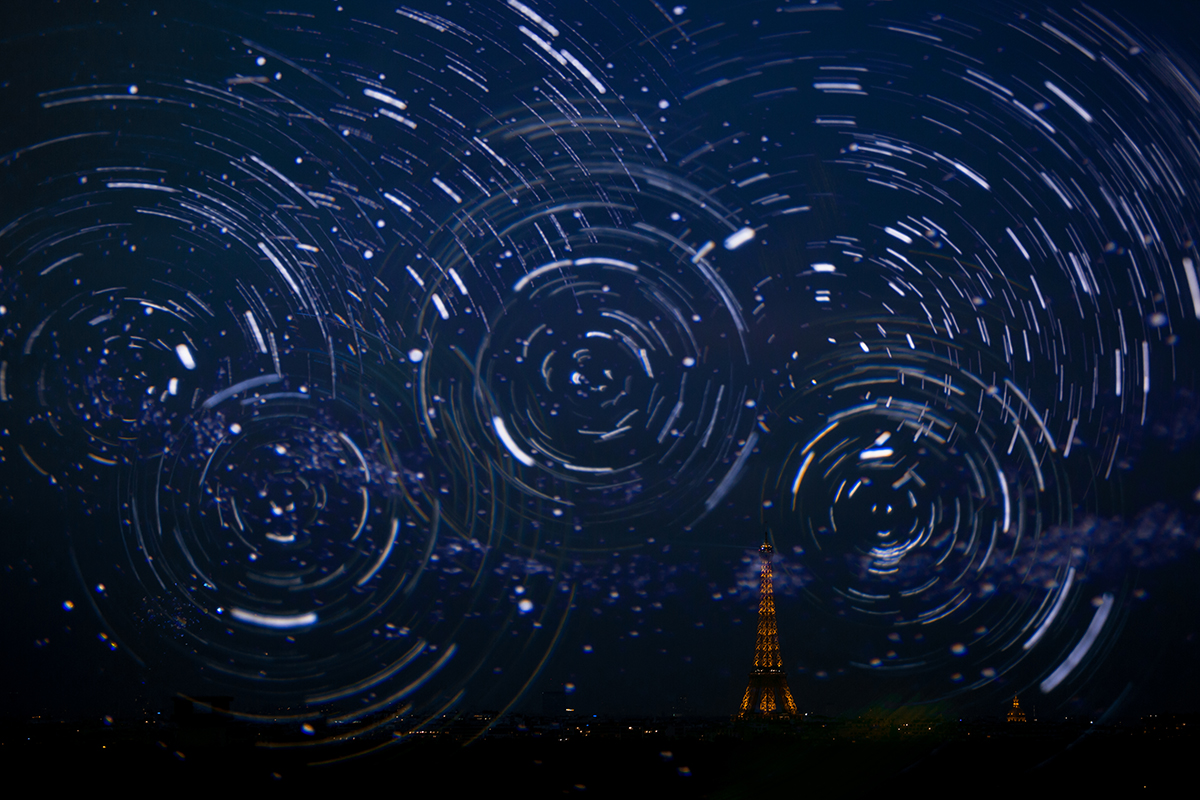 I implemented this photo with whirling the camera and multiple exposures. I use it to pay tribute to Van Gogh.