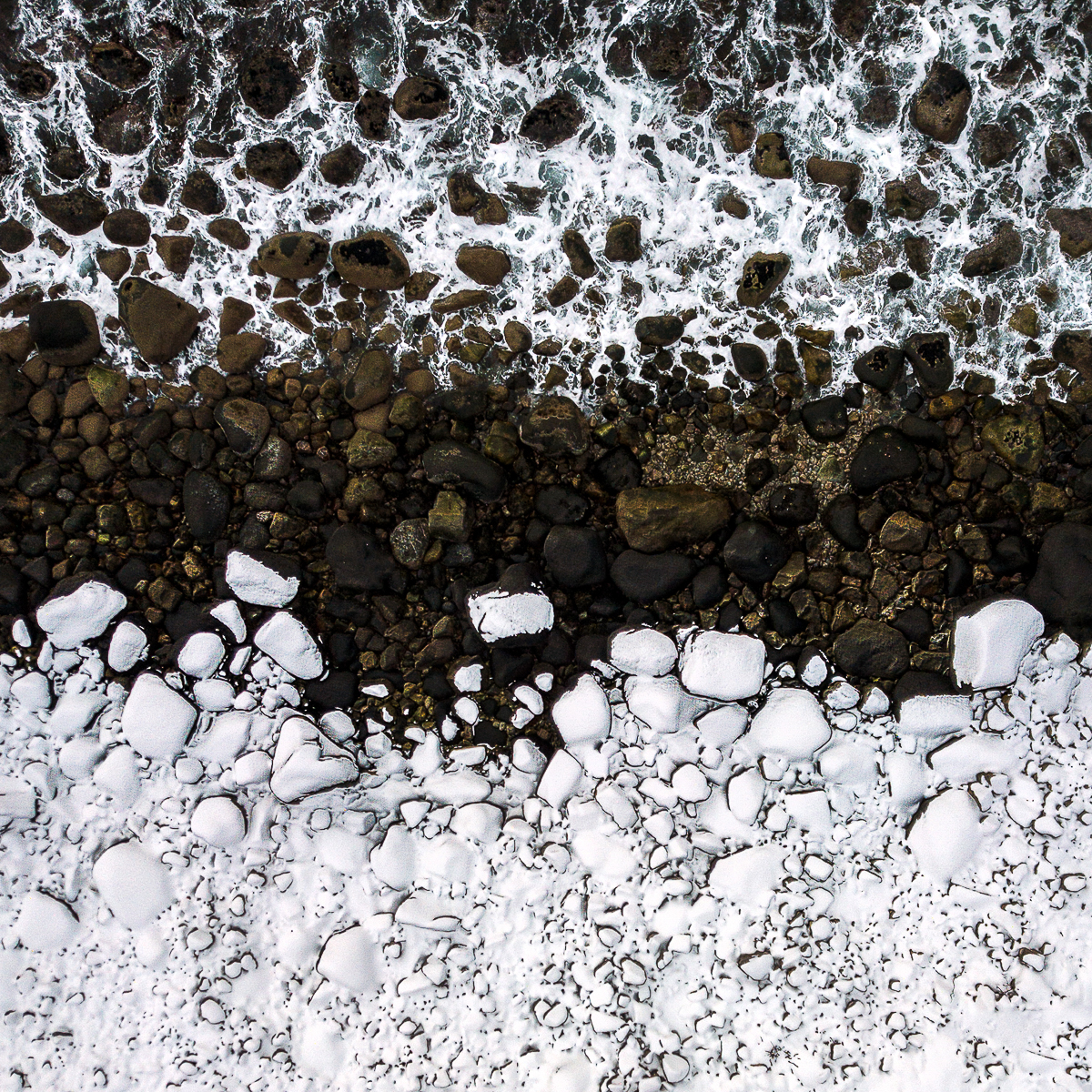 An earlier snowfall which occurred when
the sea was at low tide, resulted in the
snow being gradually washed from the
pebbles as the water level rose.
Taken near Håmannsvika on the
island of Senja in Norway.

Author: Tim has retired from his successful Architectural Practice after 25 years,
but he does enjoy a good photograph, so now spends a lot of his creative energy
crafting his visual art skills behind the camera lens. Capturing, refining and distilling
the essence of place was something he tried to achieve in his Architectural work,
and is now an approach continued into his photography.
The challenge of seeing with fresh eyes is one he enjoys.
Having previously used a paintbrush or a pencil to capture landscapes
both built and natural, the digital age enables him to approach
landscape painting with a camera (and a drone).