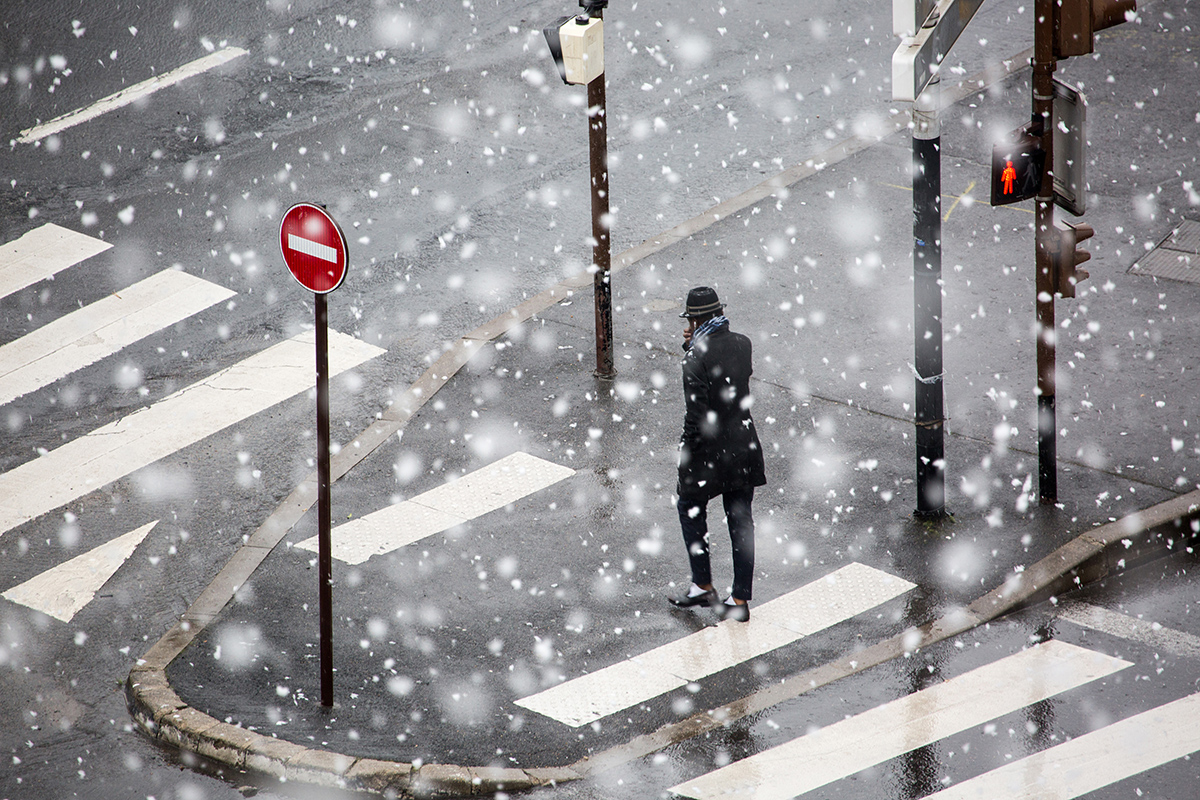 In the snow, lonely, he is walking on his way. The photo was taken on my balcony.