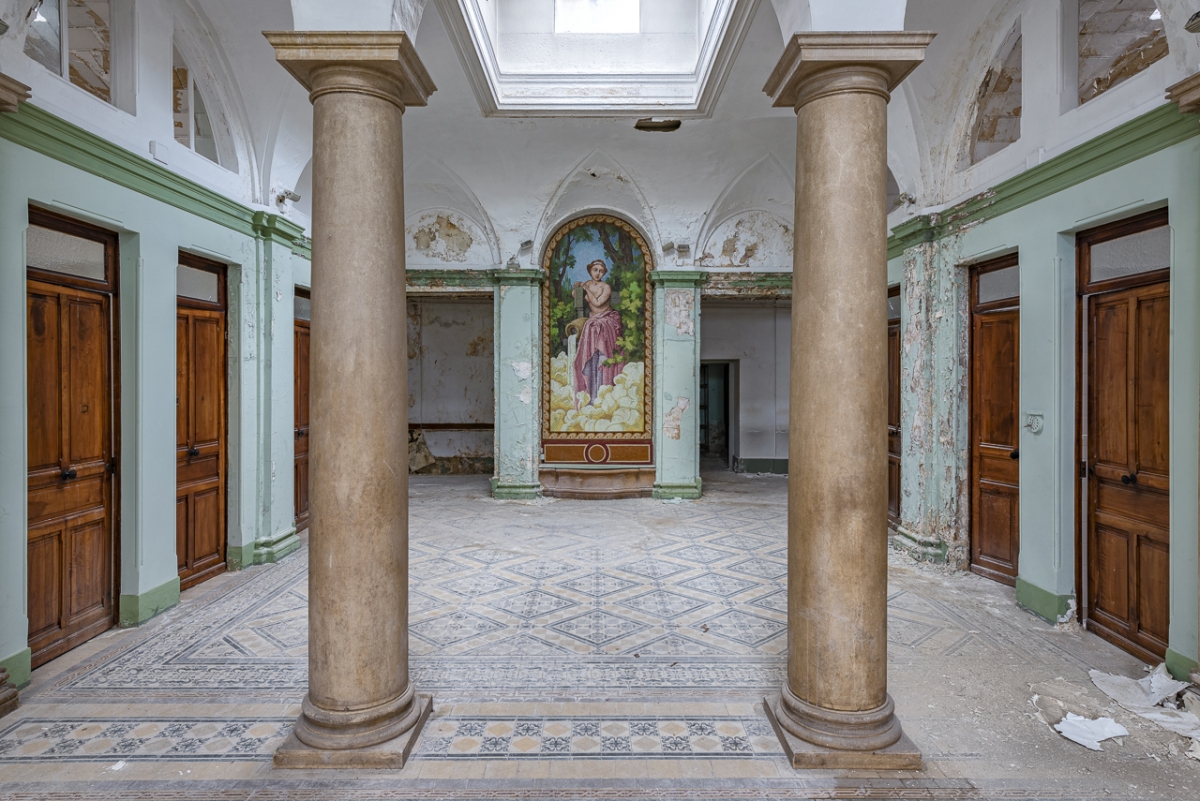 Author: A LOOK AT THE SILENCE
A graduate in Design from the Fine Art School of Nancy in 1986, early in his career Francis Meslet was a designer, but soon turned to advertising when he joined several agencies as an artistic director. After 30 years spent questioning the creative concept and studying images in all his compositions, he is now a creative director. Francis does not hesitate to roam the world in his spare time, searching for abandoned sites, sanctuaries where time seems to have stopped after humans have evacuated them. He thus brings back captivating and melancholic images of his travels to the other side of the world...
Like time capsules, testifying to a parallel world and perfect for enabling the mind to wander and ponder, Francis Meslet’s melancholic images brave the passage of time, making way for silence after the memories left behind by human inhabitation.
In these deserted places, no more than the rustling of the wind can be heard through a broken window or the sound of water dripping from a dilapidated ceiling. These silences nonetheless invite the spectator to slip into these well-guarded and mysterious places captured by the photographer and attempt to bring to life that which has been forgotten. In this power station orders were shouted in German, in this French Catholic school the cries of children resounded to the sound of the bell but who can imagine the sounds hidden behind the walls of this old psychiatric asylum in Italy or
on the docks of this abandoned island off Japan? From these silences, everyone can imagine their own interpretations, ...reinterpretations.