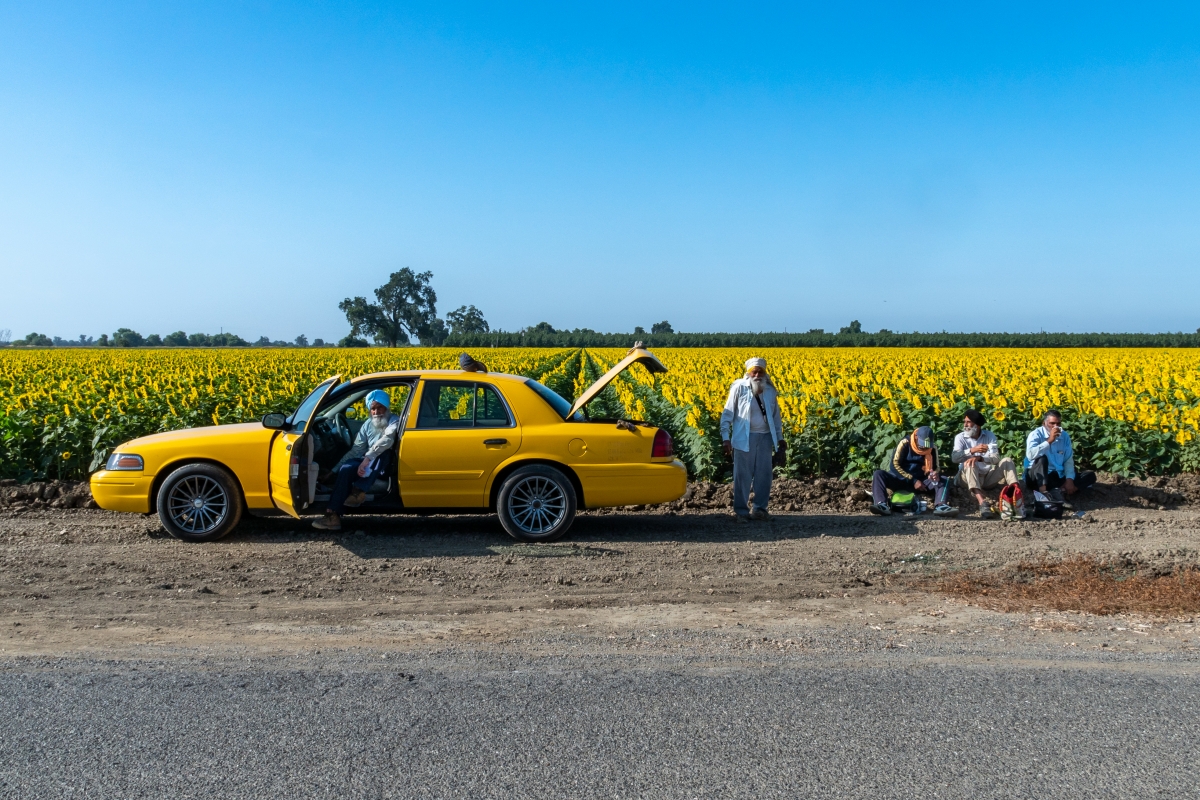 This photo was made on a Monday Morning at a Sunflower farm in Woodland California. The men in this photo are "pickers" and they were taking a break before heading to the next farm.