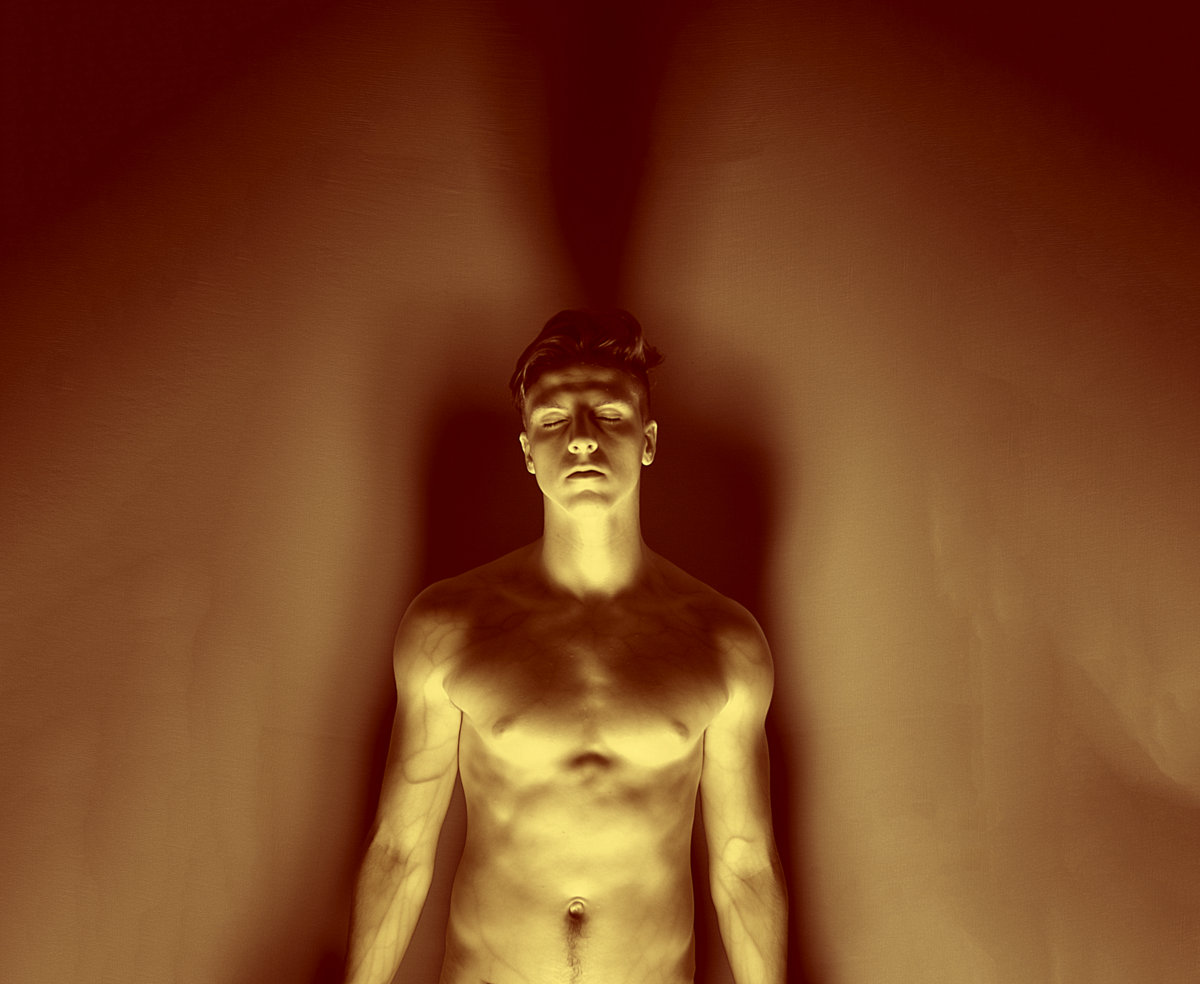 What would a man be without the traditions of manhood? The male identity is changing by the day and the patriarchal legacy is becoming ever more difficult to bear. Virility, in one view, invokes force, violence and domination, but can the male of today define himself otherwise? Awareness emerges, but the barriers of habit protect our self-esteem, so that the social order is preserved. But what will happen to gender in our social system? An internal conflict is born.
Through this series of photos, I invoke masculinity in its spiritual purity: the solar man. A force of life, he carries the power of realization through action with gentleness and strength.

Préviously, I worked 2 years on feminity ("AQUATIC" http://bluepatch.me/series/aquatic/ , this picture is a new start about masculinity...

Author: Schizothymic baby-boomer, at the age of 12 Francis takes refuge in computer science and excels in this field despite social and academic failure. In 1996, as he becomes an engineer, he meets the need to preserve memories of the Moment and tries photography. Gradually, this utopia fades to give way to the sensitivity he has so long repressed. 20 years later, he is an accomplished self-taught artist through the study of technique and the masters who inspire him such as Raymond Depardon, Rafael Minkkinen and Daido Moriyama.

Key encounters have formed his photographic approach to bring him to social contact and staging. He then abandons computer sciences to exploit his bubbling creativity, full of sensitivity. The human being is then at the center of his work, after the fashion of the "Self" (Freud), which lies between unconscious desires and moral standards. Affected by the death of a friend, he undertakes a strong introspection that will highlight neuroses that he crystallizes through nude photography. In 2011, he begins the "IN SITU" project about mental escape, a phenomenon that concerns him. In 2014, he develops a shooting process to build the "AQUATIC" series. In 2017, the images encounter a great success, are published and exhibited at the FEPN in Arles, namely with the festival bill. With his installation in the heart of the Saint Anne chapel, Francis goes beyond photography to offer a contemporary art installation which sublimates female energy.