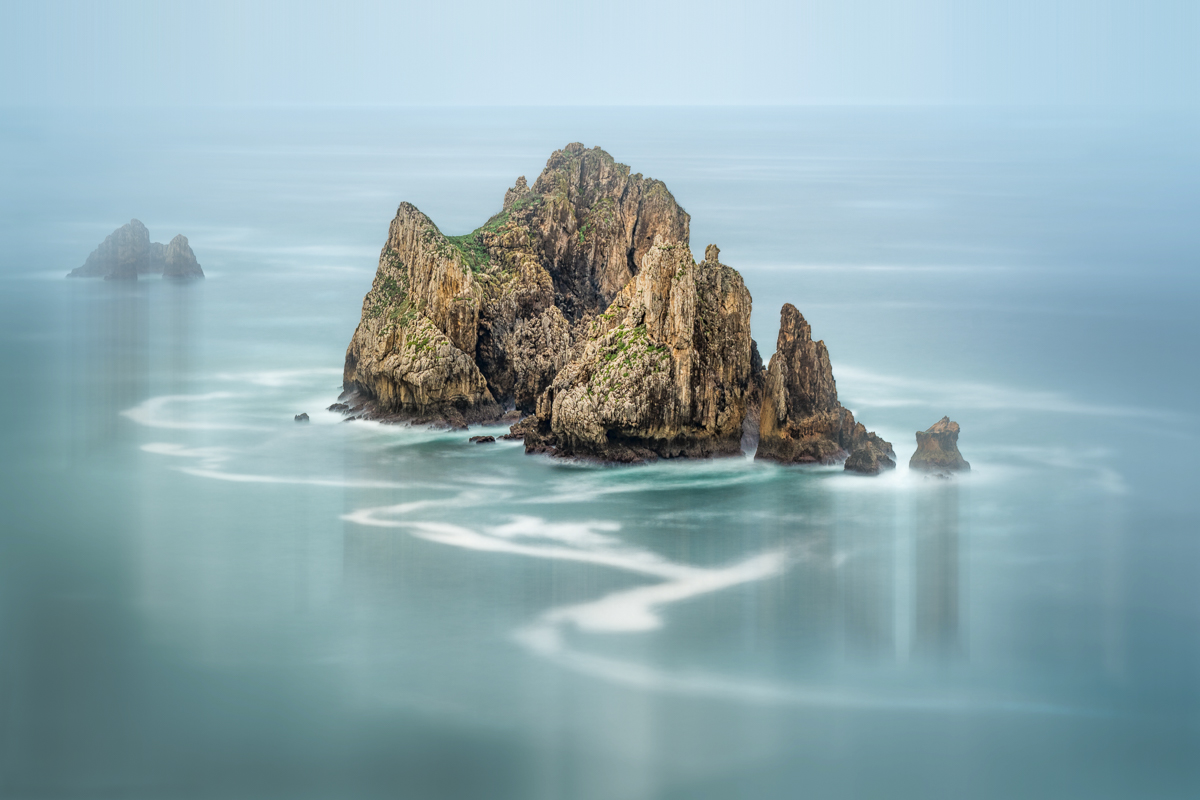 The Northern Coast of Spain is known for its steep cliffs, strong winds, harsh waves, and sea stacks - columns of rock that remain standing in the sea after erosion.
Despite this coast being so rugged, this particular rock has a very dreamy feel to it - out solo in the ocean, and the waves caressing it with their “barista swirl”.