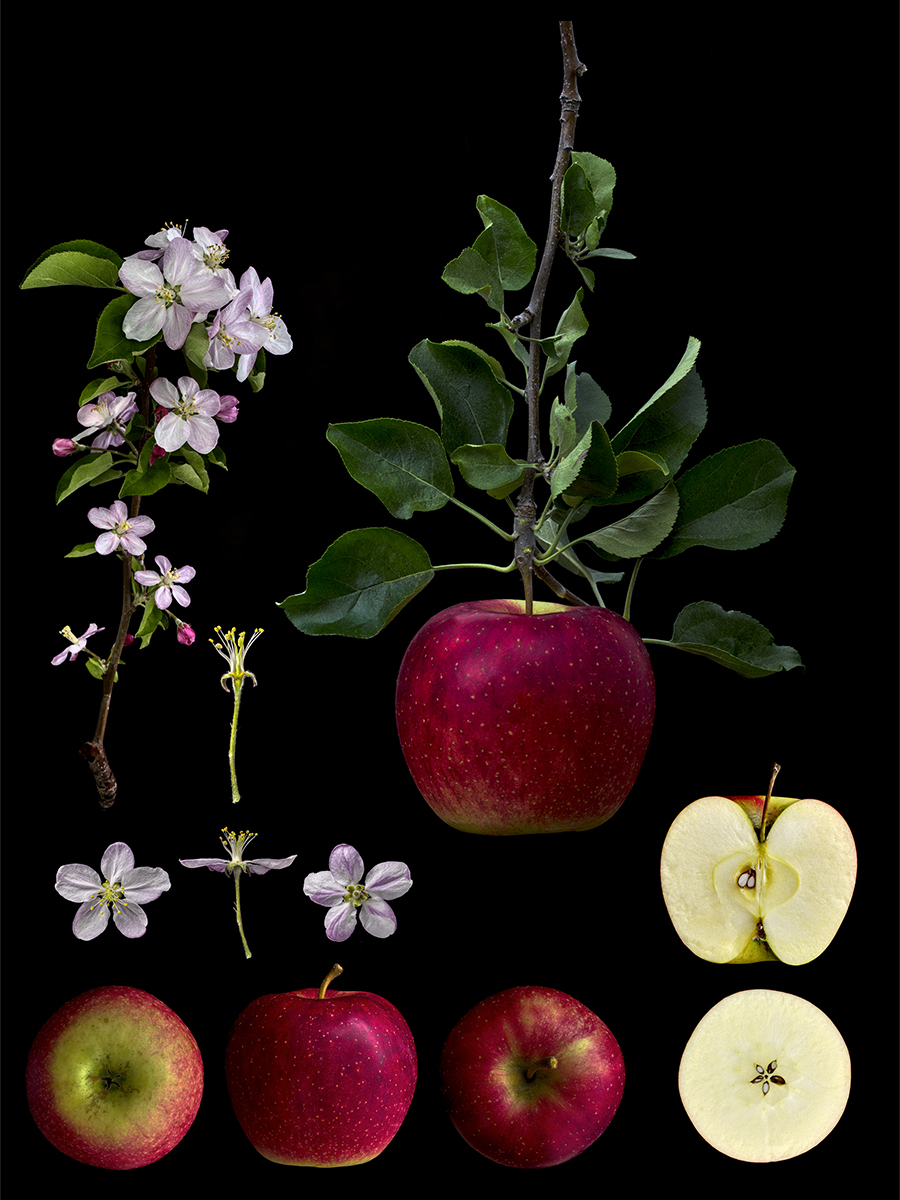 I am a fruit farmer. I tried to create an artistic record as a picture of the fruits grown in "the most visually beautiful shape before harvest". My work is similar to "botanical art", which seeks to express both the level of precision and detail, combining beauty.

In Europe, plant details were first drawn as medical books to identify medicinal plants. During the voyage of a large voyage, I drew and recorded plants that were difficult to carry from home to abroad. Since then, botany has developed and many plants have been drawn as botanical collections. The elaborate depiction and beauty are treated as a kind of art work, and has continued as a field of art until now.

Author: Masumi Shiohara was born in 1974 in Nagano, Japan. He worked at a micro-machining company as a development engineer. After leaving the company, he took over the management of the family orchard from his parents and is now running a farm. While growing fruit here he became interested in capturing them into works of photographic art, a skill which he picked up by himself. The inspiration to capture these photographically originally came when he was requested to supply fruit on a branch to a botanical artist - since then he has continued producing photographic art works of fruit on a branch. He is printing ‘the works like botanical art with white back ground’ on vellum of genuine parchment, and ‘the works with a black background’ on glossy paper. From now on, he is keen to present works with the theme of the importance and value of food another line of work he is involved in.