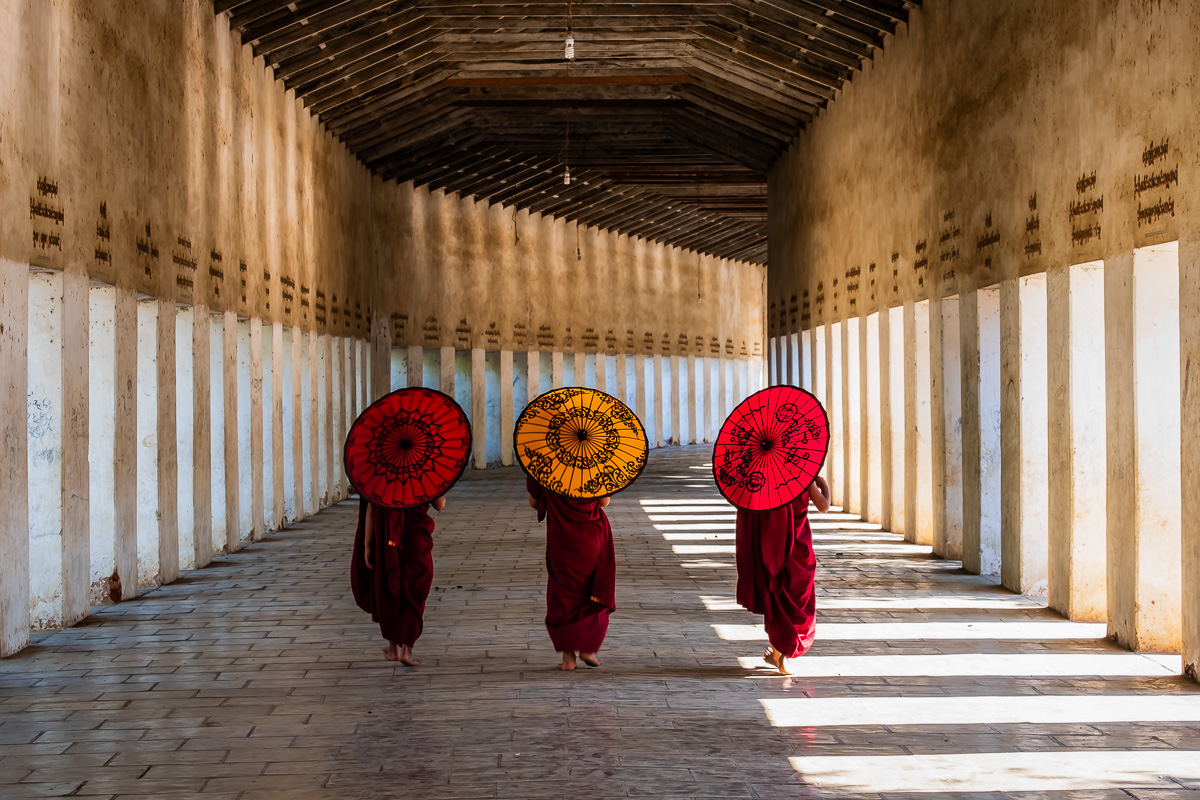 Back side of three buddhist novice are walking over the ancient temples in bagan.

Bagan is an ancient city and a UNESCO World Heritage Site located in the Mandalay Region of Myanmar. From the 9th to 13th centuries, the city was the capital of the Pagan Kingdom, the first kingdom that unified the regions that would later constitute modern Myanmar.

Author: Win Tun Naing (Burmese: ဝင်းထွန်းနိုင်) was born in Myanmar (Burma). He enjoys travel photography for nature, people, cultures, customs, and architecture. Architectural photography is his burning desire. Most of them are related to his career, Interior Designer/Drafter, his hobby serves as a pillar for his career.