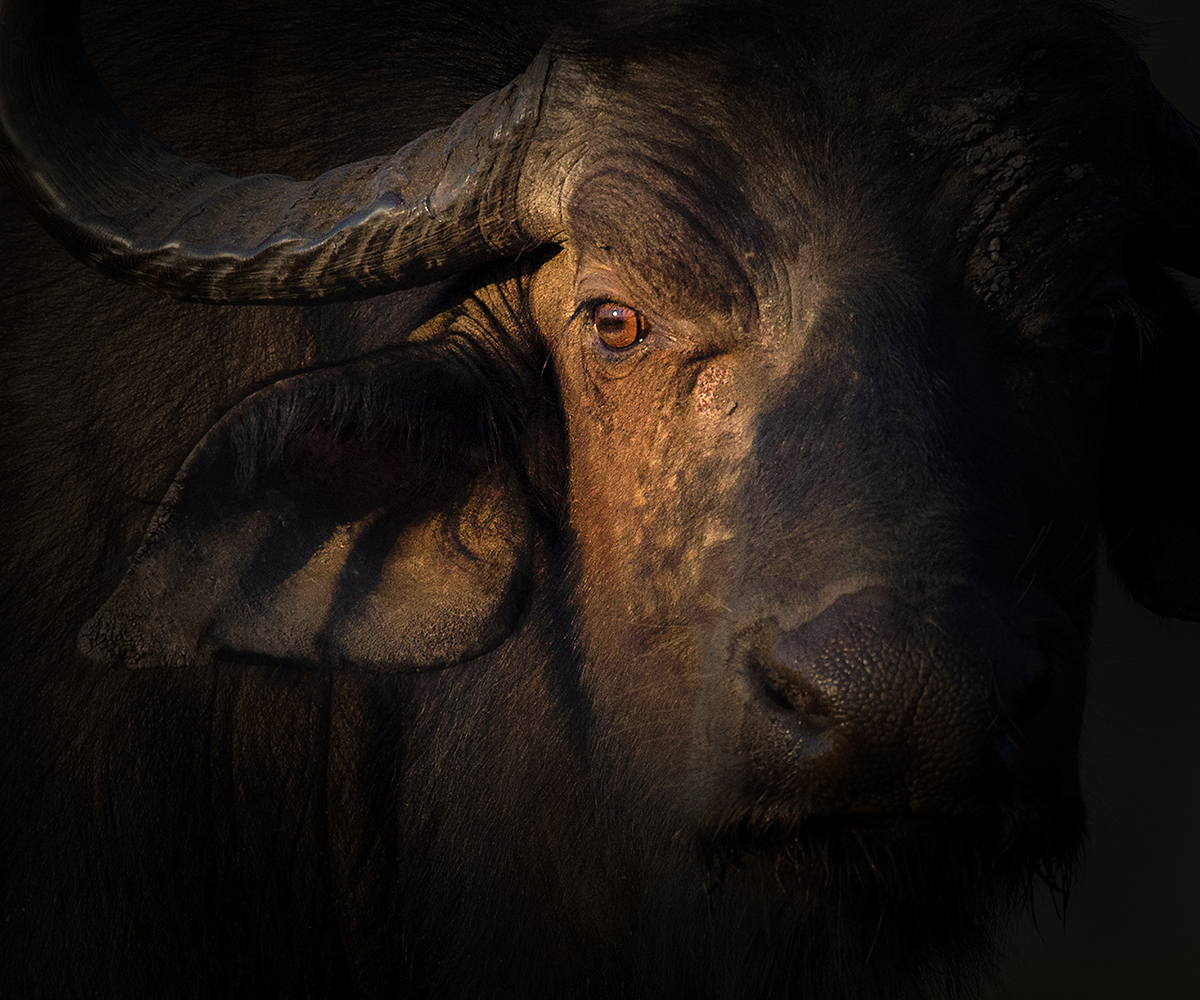 The Cape Buffalo is one of the most powerful and feared animals in Africa, responsible for many attacks on human beings. The only native buffalo in Africa, nearly 90% of the species from Kenya south to the Horn of South Africa were wiped out in the 1890's by Rinderpest from introduced domesticated cattle. They are an excellent example of species recovery and are now no longer considered threatened although they are still subject to periodic disease outbreak from domesticated livestock.  Large, dark and imposing, the cape buffalo is often overlooked as a thing of beauty.  I always try for images that show the more beautiful side of this powerful animal.  Using a series of layers to underexpose an image taken in the morning light, I have tried to convey the drama, mystery and re-emergence from catastrophic loss of this common yet neglected species.

Author: Barbara Fleming is an international award winning wildlife photographer who has traveled extensively throughout the Serengeti ecosystem for over ten years with additional experience in Rwanda. She has also photographed in the southern part of Africa including Botswana, Zimbabwe and South Africa over the last four years. She uses her undergraduate studies in anthropology, primatology and psychology as well as her field experience to help her understand and photograph wildlife and their complex behavior.