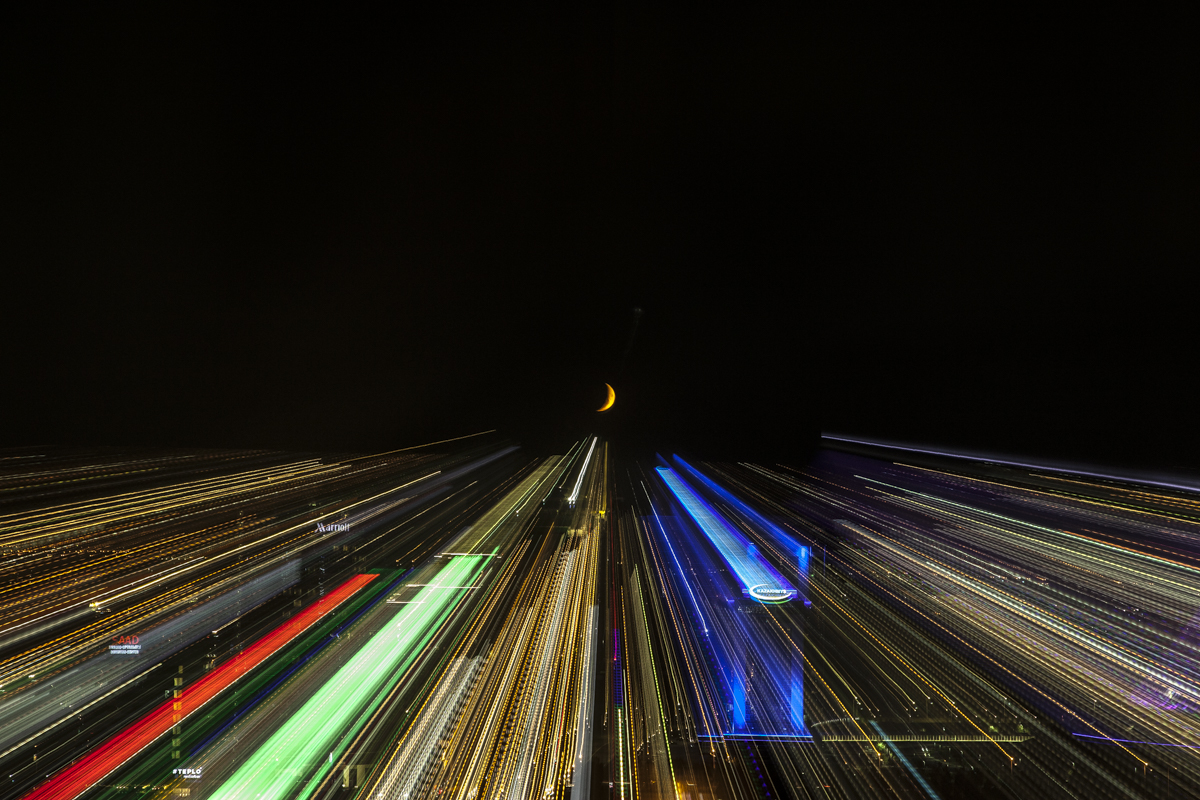 I was born with Lumbosacral dermal melanocytosis, a blue mark in the lower back also called the Mongolian spot. Since then i excused my passion for desserts and great extensions was due to my nomadic ancestors. I dreamt about knowing the eurasian steppes. When I landed in Kazakhstan, I felt overwhelmed with the dimensions of the territory, exactly what I was looking for. In my first night in Astana, I forced the path of light enough to pay homage to that infinite territory before me: The Kazakh steppe. In addition, it managed to focus even more attention on that half moon that seemed almost an elogy to the Türk nomad people that inhabited that territory in the medieval era. I wasn't able to capture the scale of the place though. Suffice to say that what seems like 5 minutes in sight is a 7 hour walk. You get the idea.