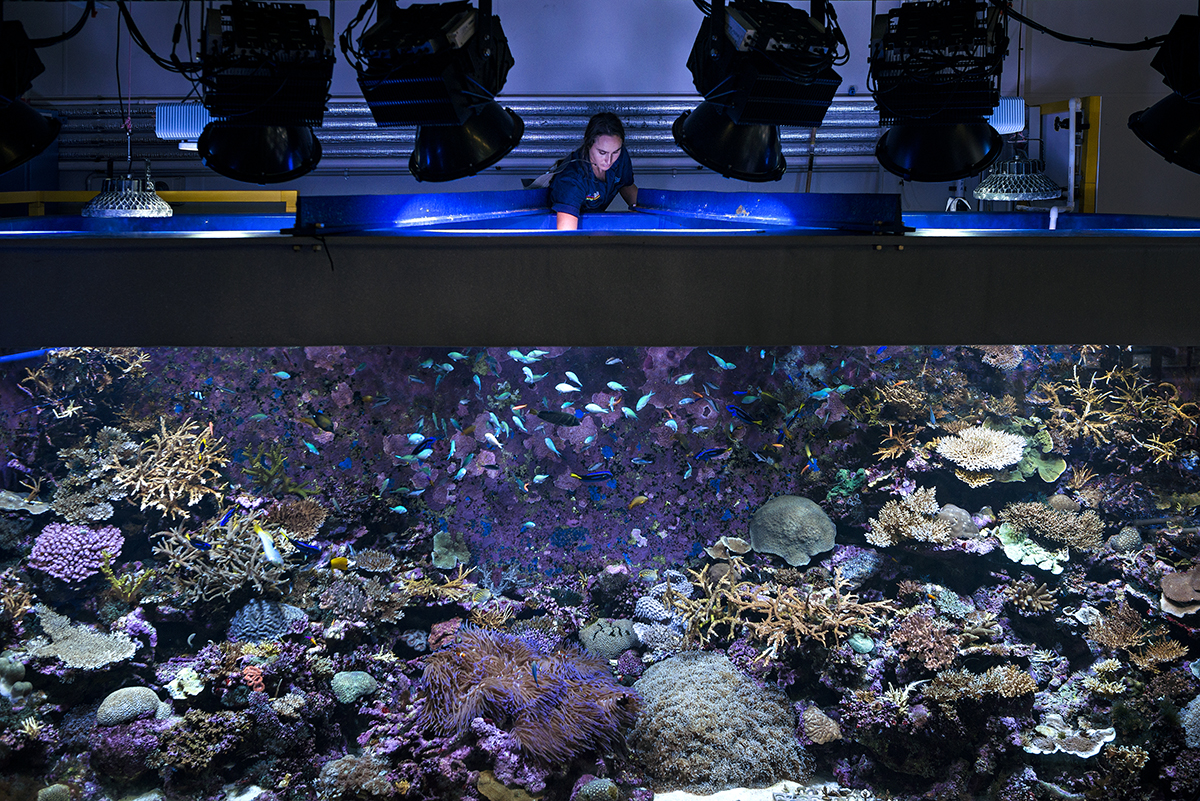 Coral reefs are rapidly degrading due to multiple pressures triggered by climate change effects.
The risk of an extinction of the reefs in the world is more than ever real and this requires urgent and rapid actions to reduce global warming. Thermal stress during marine heatwaves disrupts the symbiotic relationship between corals and their algal symbionts, causing the corals to lose their color. Bleached corals suffer physiological damages and prolonged bleaching often leads to high levels of coral mortality. Unluckily the cumulative, combined footprint of the last major bleaching events now covers almost the entire Great Barrier Reef Marine Park. To steer coral reefs through the next century, we will need to be bold, aware of their importance and most of all responsible of our actions as human being part of this wonderful planet called Earth.