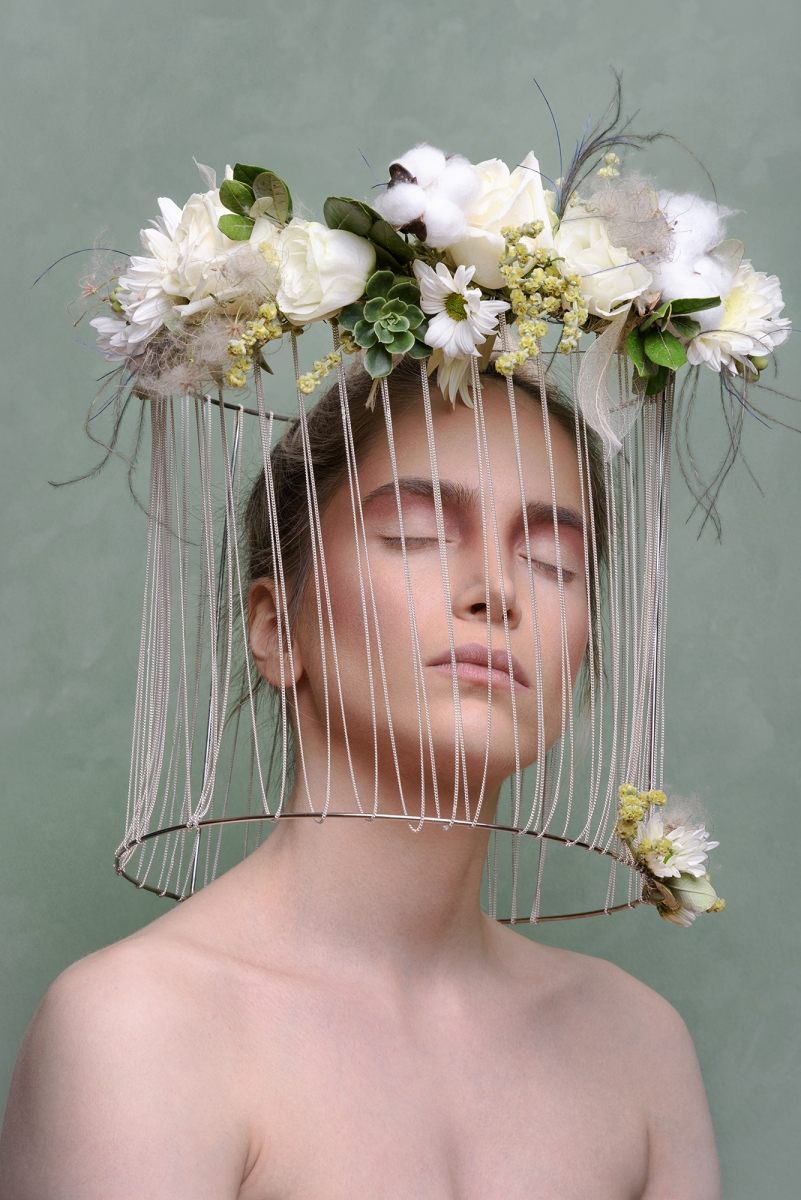 In these photos I have tried to show bondage and captivity, captivity has different aspects, from body bondage to mind and soul bondage. I have been involved with these types of bondage for many years and I have tried to look at this frame with “Fine Art” approach thus leave a constant image behind and show my point of view to the audience.

I have tried to show different aspects, I have chosen metal and flower so not only I can show the hardness of this barrier but to show the softness release that comes after the bondage of this pain.