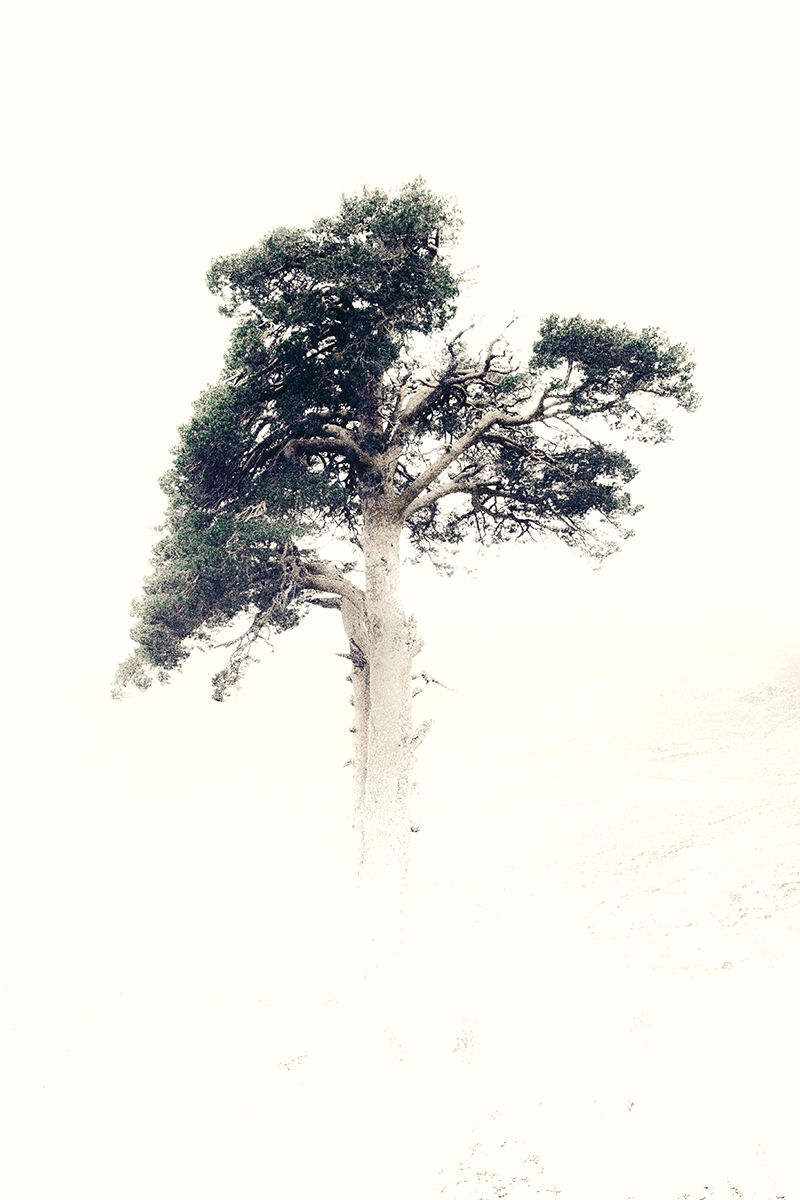 I was searching for a Sentinel pine in Madrid to feel like Ansel Adams, and I found the so-called "Lonesome pine". A single pine, standing alone, the sole survivor of two massive fires (both provoked), one in the XIX century and the second during the Spanish Civil War. It is in fact the sentinel of the valley of Guadarrama and a painful reminder of human negative and irreversible impact in nature. It is around 30 meters tall, 6m of diameter and probably has 350 years, and you can find it in the hillside of La Peñota, at 1600m of hight.
The shot was taken with a 9 step ND filter because I wanted to catch as much time as possible, not only to because it would resemble and tell us a more accurate story of the San Roque Pine (aka lonesome pine); but also because I wanted to understand the sight of the tree. What would the pine see? How would it feel to see trough its eyes? Standing there, still, alone, while clouds, days and decades passed by.
It is a symbol of resilience and also a statement of the beauty in loneliness.