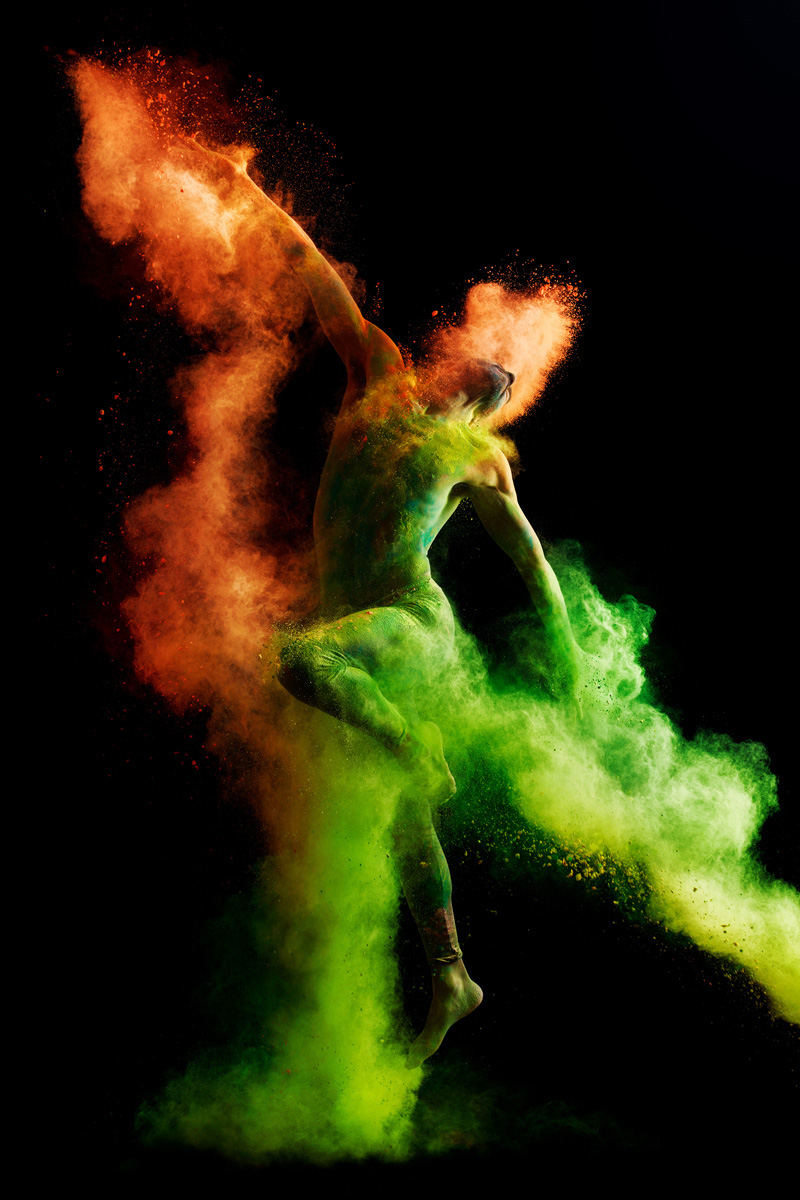 Samsara in Sanskrit means “a wandering through". In Hindu, Buddhist and Jain cultures
it represents the cycle of death and rebirth, which takes people from one life to the
next one, the transitory nature and the uneasiness of the worldly existence. It is
through Samsara that we can learn and be reborn until we reach illumination. In
Buddhism, the impermanence of thoughts can also be understood as short Samsara
moments, in which thoughts die and are reborn all the time, as in life, in which we go
from moments of uneasiness to moments of tranquility, from awareness to
unconsciousness.

I believe we can be reborn in each movement and act, and the
images show the power one action can have on itself and how that power can spread
throughout the world. The image thus represents the detachment of this
contemporary cycle and the change we can make in our lives.

In order to show that strength, both of the body and the soul, scenery of infinitude has
been constructed, as the universe in its beginning and an image that recalls the big
bang, the great explosion, but having a person in its birth. The athlete is always in
movements and poses which are almost fetal, despite the effort. The explosion shows
the energy of this movement in its colors and beauty, having the powder of the Holi
festival been used for that, also symbolizing the rebirth of life with the advent of
spring,

Author: Hugo Santarem Rodrigues holds a BA degree in Advertising – IESB\Brasília.
​
He is a specialist in Visual Arts (SENAC), took classes at the School of visual Arts in NYC and studied cinematography at AIC – São Paulo.

Worked for some years in ad agencies as art director.

In 2006, he started to do still photography in movie sets.

Since them, he mixed his unique background developing his own creative work and also producing images to major clients.