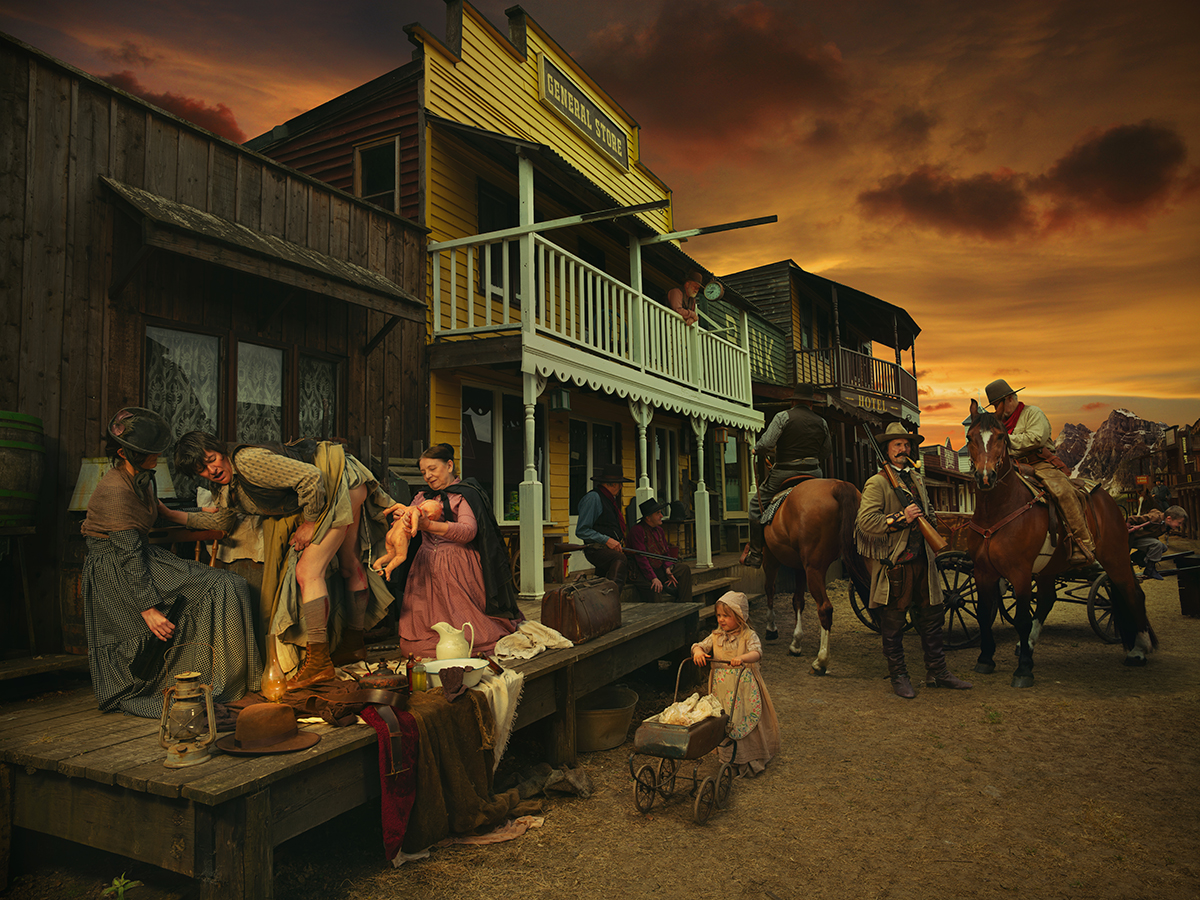 Martha Canary, better known as Calamity Jane, was an American frontierswoman, professional scout and the best known heroine of the American Wild West. Orphan, prostitute, bullwhacker; likened to Joan of Arc and Florence Nightingale, and long celebrated in novels, plays and movies. She was also a mother, living in one of the most dangerous eras to give birth.

Disease like cholera, smallpox and dysentery were rampant before the advent of sanitation and hygiene. Poverty, malnutrition, and bad birth care are just some of the reasons it was harrowing to give birth in the 1800s Wild West. Yet it does better justice to understand how rather than childbirth being inherently dangerous, it was made so by those mitigating factors.

The overriding, touted memory of the Wild West is that childbirth was simply dangerous and that many mothers and babies died. What we overlook is that many mothers and babies survived. One of those mothers was Calamity Jane. Calamity drank, smoke, lived an immoral life, spent time with a host of miners with smallpox, and ultimately died young in her 50s. In spite of that, childbirth did not take her life nor that of her children. Depicting the Wild West’s greatest masculine heroines in the ultimate act of her biological femininity helps remind us of the maternal existence behind the paternal voice that has dominated the narrative of the historic American West. In the scourge of great calamity, humanity was still capable, and the generations it bore are its legacy.

Author: Natalie Lennard (b. 1986) is a fine-art photographer whose work has been exhibited in the Saatchi Gallery, Houses of Parliament, and Waldermarsudde Museum in Sweden, and featured in media worldwide including BBC, NY Arts, and El Pais. Originating as a self-portraitist in 2006, upon graduating in BA English & Media she was sought for solo art shows in London and Madrid, and invited to speak for Microsoft in the US. Her work of 12 years since has fused classical with modern, and fashion with fine art, to create an intricate balance of contemporary creativity. Her commercial clients include Nikon, HTC and large-scale art commissions for prestigious London restaurants Kai Mayfair and The Coal Shed, Tower Bridge. 'Birth Undisturbed' is her first major project to focus on a biosocial topic, with documentary video accompaniment, striving to usher the rawness of primal birth into the art world and Western consciousness. Highlighting key figureheads and writers from the realm of birth philosophy, the series' timeliness is ever more appropriate in a global maternity crisis.