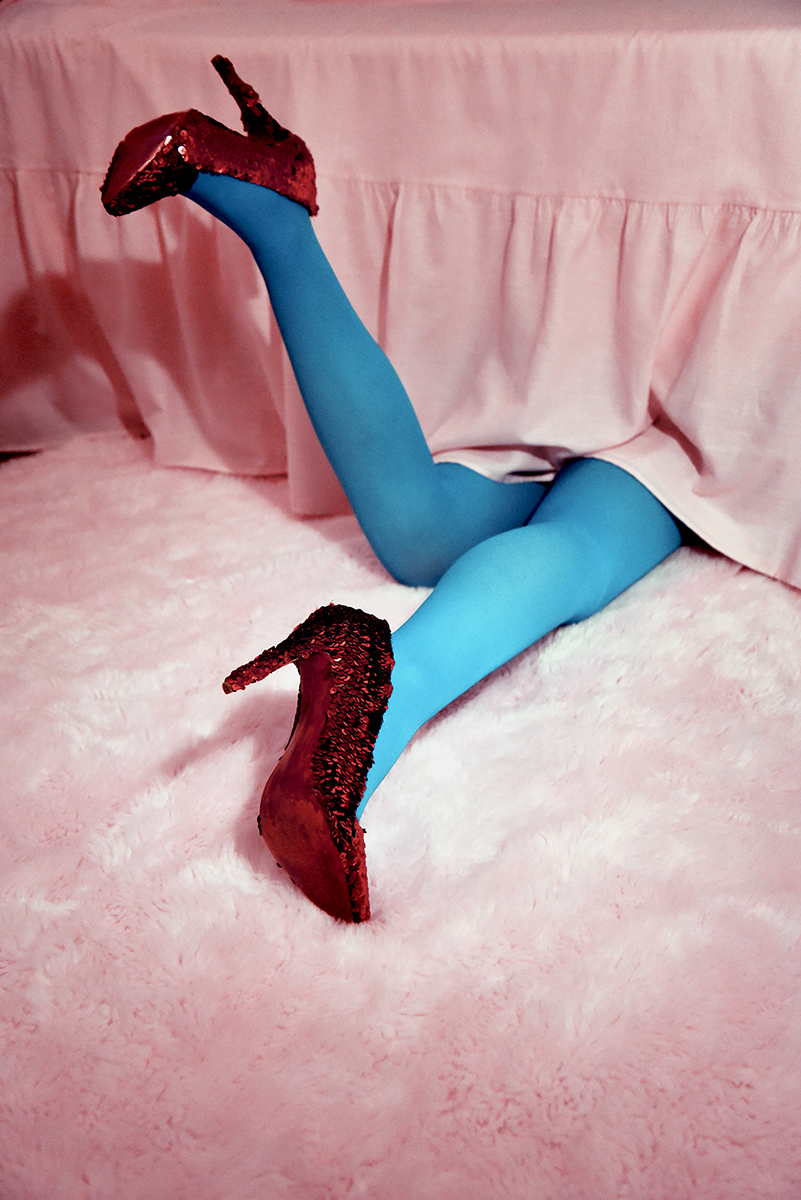 In Search Of Courage is taken from the series Not In Kansas. Not In Kansas is a staged series of photographs inspired by the tenacious, self-reliant character Dorothy from the story The Wizard of Oz. Having grown up watching, admiring and being inspired by this character, whose journey of self-discovery overcomes fear and loneliness to become empowered and assertive in a strange land, I chose to create narratives which blur the boundaries between fantasy and truth, offering scenarios within which the protagonist wrestles with feelings of confidence, determination and boldness but is conflicted with ideas of isolation, loneliness, detachment and fear.

Author: Vicky Martin is a fine art photographer based in the UK. Although she studied art and
photography in the 1990s it was not until 2008 when she was awarded a prestigious Rhubarb Rhubarb bursary that she was able to pursue photography full time. Since the Rhubarb Rhubarb bursary Vicky has had her work exhibited nationally and internationally - including Los Angeles, South Carolina, Vermont, Rhode Island, Minneapolis, Budapest, Berlin, Paris, Amsterdam and London.