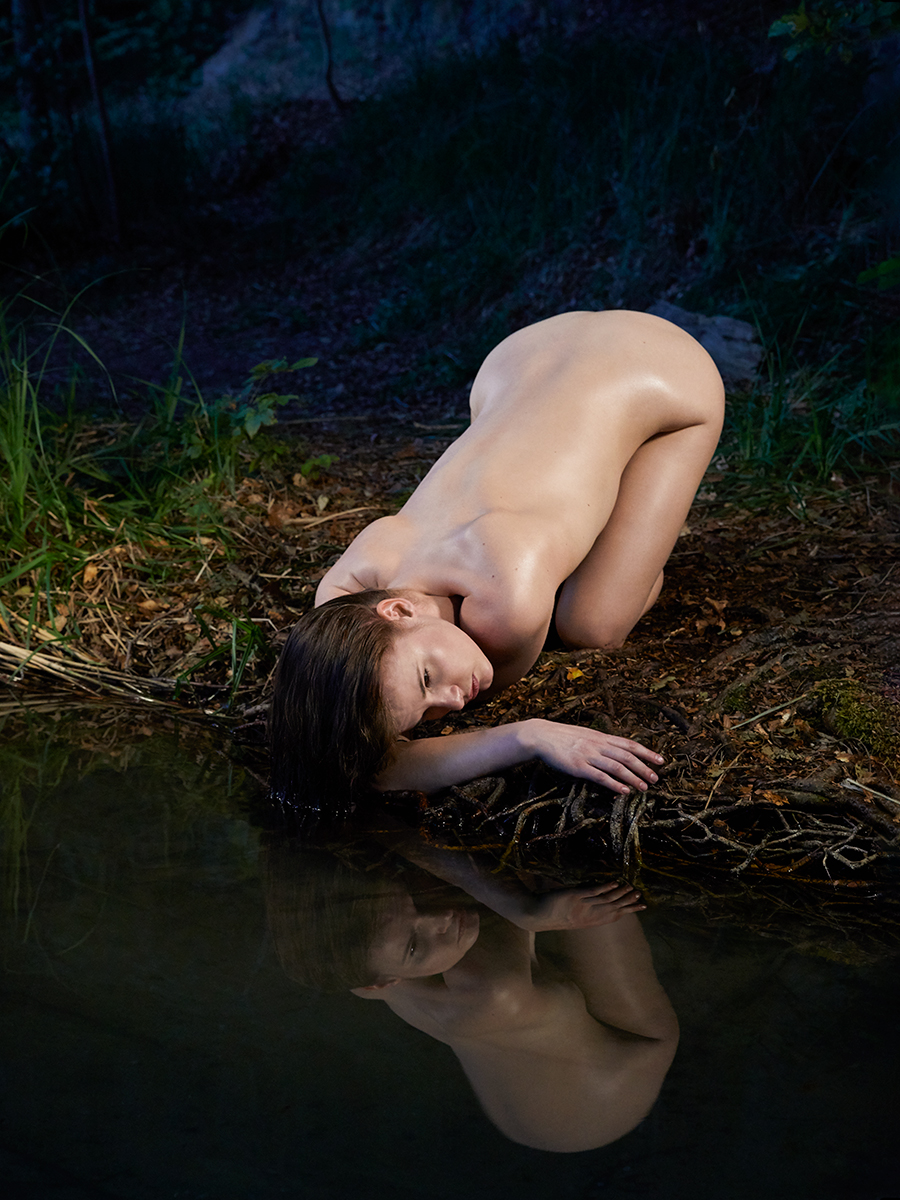 The Star the 9th piece in an ongoing series started in 2016 reimagining the tarot deck in the form of photographs and video.

The tarot is a divination tool based on symbols used to stimulate the subconscious.
Symbols and archetypes are the scaffolding of culture, and provide a framework for making sense and categorizing what we perceive. But symbols are never static; their manifestations evolve alongside culture. Working with the classic Rider-Waite deck from 1910, Siegl found that the motifs required reimagining in order to translate them into something which would speak to her own reality.
In a tarot reading, meaning is not attained from each individual card, but from the dynamics between them. While it is by many seen a tool for divination, it could also be said that it is a tool for self-reflection.
Throughout the staging of the images in the series, Siegl has reinterpreted the symbols in her own visual language and also physically placed herself and persons close to her in the scenes. While many of the pieces depict Siegl herself, it is by looking at the series as a whole, with its many connections between internal and external selves, that a deeper form of self portrait emerges.

The Star tarot card shows a naked woman kneeling at the edge of the water, pouring two ever-refilling jugs of water - a motif found in the ancient Greek myth of the Danaïdes. Siegl's version references Rodin's interpretation of the story, showing the heroine at the moment of realization of the absurdity of her task. Her body on the ground, her hair in the water, she symbolizes intuition, renewal and spirituality.