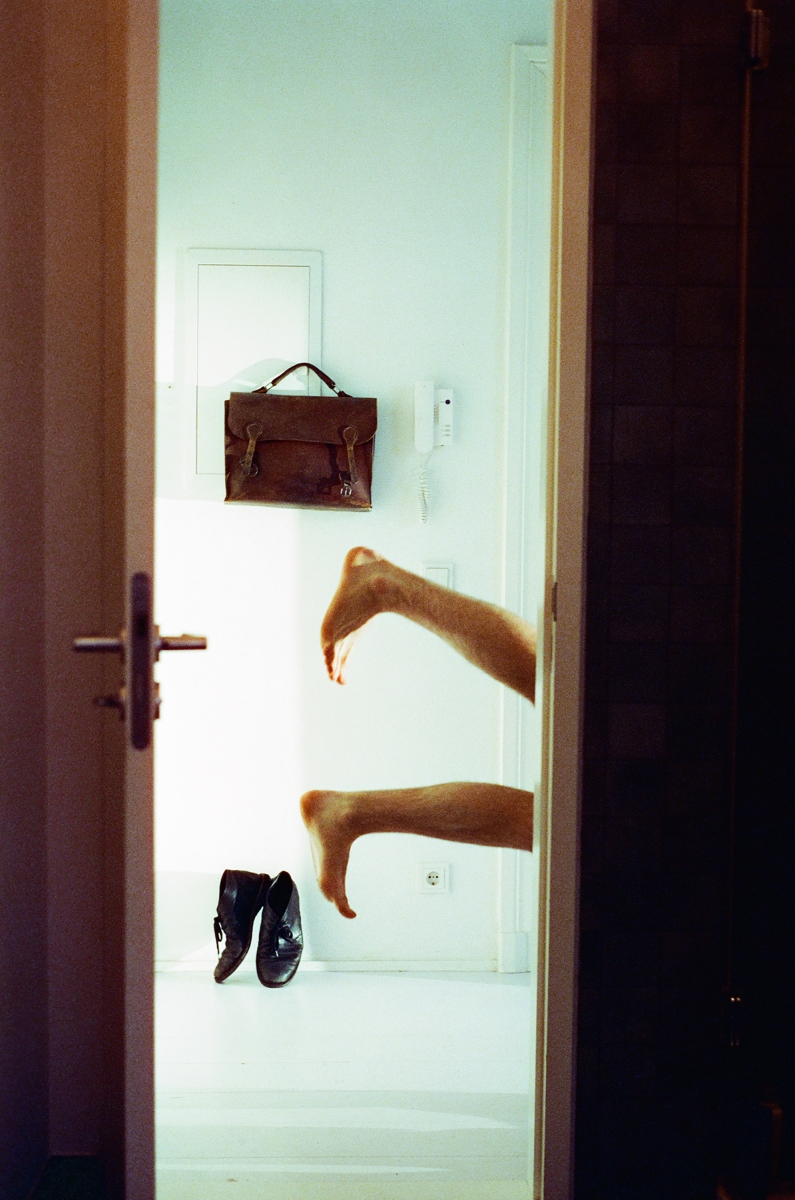 In October of 2018, I had danced with death. I spent my entire life not knowing who I was and just a few months ago, I woke up in a London ambulance with a terrifying rush of clarity.

I would describe my multimedia work in the same vein of getting thrust back into consciousness: somewhere in-between what is real and what is not; trying to desperately reach out of stillness in an act of domestic surrealism. I’m a prime example of the dangers of living a life always needing more color—and the sadness of knowing that I will always feel more comfortable about my place in the world when I am sleeping. Throw in some environmentally friendly glitter.

Author: Gregory Hazel was born to the Romeo and Juliet of the Stapleton housing projects in Staten Island, NY in 1990. They are divorced, and Juliet is a lesbian now. All is well.

At the age of eight, they gave him his first camera. His obsession for film photography was truly born when his father handed down his own Minolta Maxxuum. When Greg wasn’t snapping photos, he was writing music and painting.

A self-proclaimed “basement artist,” he was fortunate enough to land a job under Darryl Fossa, the art director of PAINWeek, an educational enterprise composed of a national conference, a quarterly journal, and website. Here, Greg was encouraged to unearth his aesthetic while diving head-long into graphic design and animation that was expressed across their entire platform in an environment whose marketing activities were treated more like fine art than as a commercial business.

Greg’s interests soon spread like oil, where he was absorbed as an intern for Pomegranate Arts. Shortly thereafter he spent time writing music for short films while living in Brooklyn. He now freelances while splitting his time between Berlin, Germany and Montclair, NJ.

After having been featured in Pink Monkey magazine, Greg has returned to his first relationship, the one with his camera, and been exploring how to make photography more dimensional ever since. When he’s not developing film, he’s working on a book entitled rem cycle blueprints, a narrative series of vignettes born from his dream reconstruction journal.