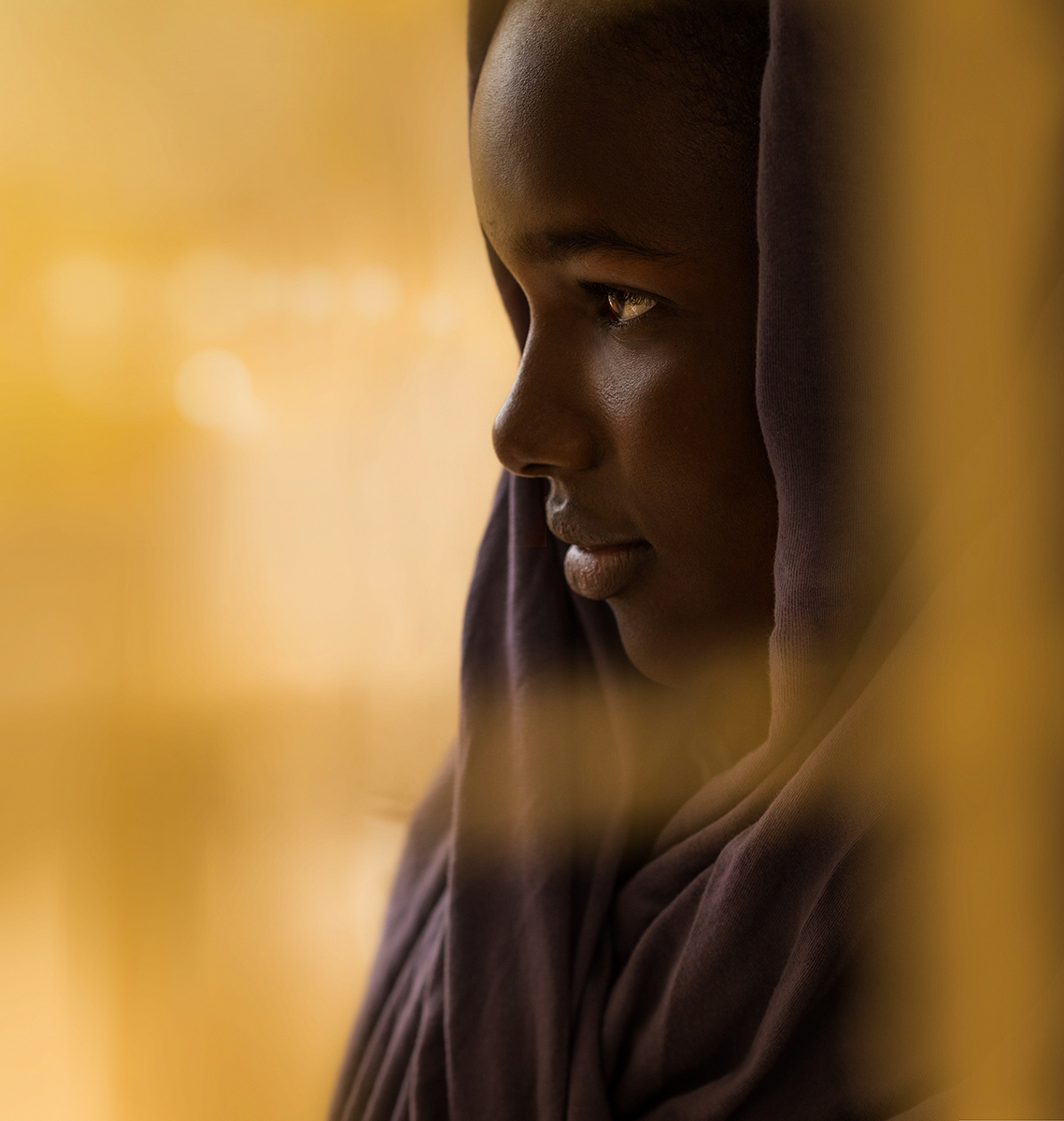 Awa is a 19 year old girl from Senegal. In fact, she lives in M'Balling. A small village, about 150km from the capital Dakar. Here, over 20% of the population suffer from leprosy. Seh is a Peul girl , also known as "Fulbe". The Peuls hiked as "rent shepherds" from the Nile to the coast of Senegal. The Peul are proud. They have their rites, their rhythm of life and they have that special glow in their eyes. Awa's family is very poor. Her brother even had to die because her father could no longer afford the medication. But despite everything, the girl is fighting every day for her dreams. Even seh has not lost her smile.
I, Joachim Bergauer, accompany the girl for 9 years now. The result is a series and a book called "Life in a leprosy village". My concern was to show the African people as dignified people, no longer as poor suffering people as they are usually shown.

Author: The master-class photographer Joachim Bergauer was born on 12.07.1965 in Salzburg, Austria.
In the 1990’s, Joachim Bergauer founded his establishment with two assistents. He’s specialised to image-, advertising-, and art-photography. Ever since, the salzburg citizen is commonly booked by various advertising agencies and magazines (New York Times, Spiegel, Profil, ...) in his home country and abroad too. World-famous celebrities from sport and media are also visiting his studio very often to get in the right light for upcoming successful pictures.
The entrance to the advertising industry was the result of the photography in his adolescence. The artist also gained journalistic experience while working at the austrian boulevard during his long lasting function as a press photographer.
Joachim Bergauer’s works are admired and favoured at exhibitions in Canada, France, Germany and Austria frequently.