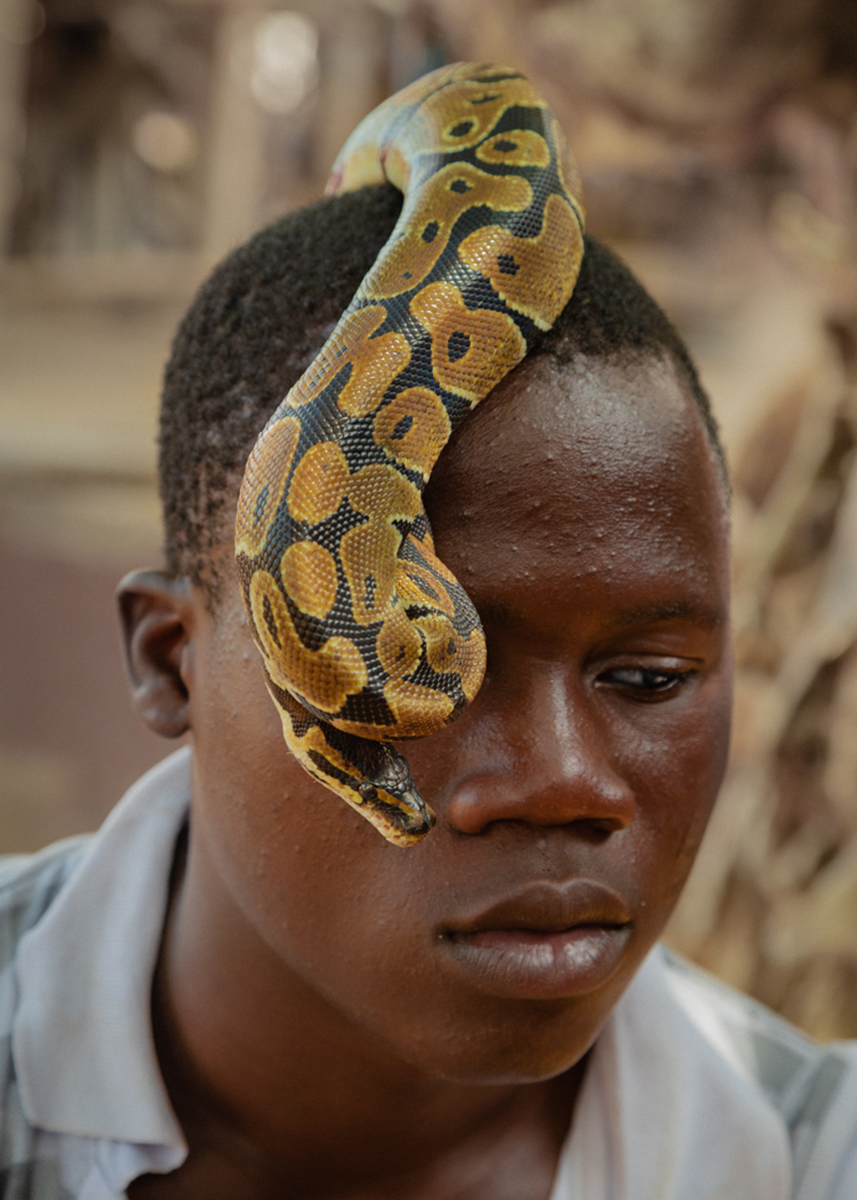 Lomé, Togo. Akodessewa Marche des Feticheurs (Akodessawa Fetish Marke). This market is the world's largest voodoo market.
In the picture: Bertin plays with a python. Snakes are used generally to protect newborns. Teeth of vipers, once pulverized, are injected in the body in order to get protection from snake bites.

Author: I was born in Aosta in 1986. After a bachelor's degree in industrial design at the Politecnico University of Milan, I have devoted myself completely to photography.
After covering Italian news, now I work mainly on personal long-term projects, reportage, corporate-works and editorials.

In 2012, I have been published on the book Mono vol. One alongside renowned photographers such as Roger Ballen, Daido Moryiama, Anders Petersen and Antoine D’agata. I've been selected by the British Journal of Photography in order to be part of The Talent Issue: Ones to Watch 2016.

I'm based in Milan.