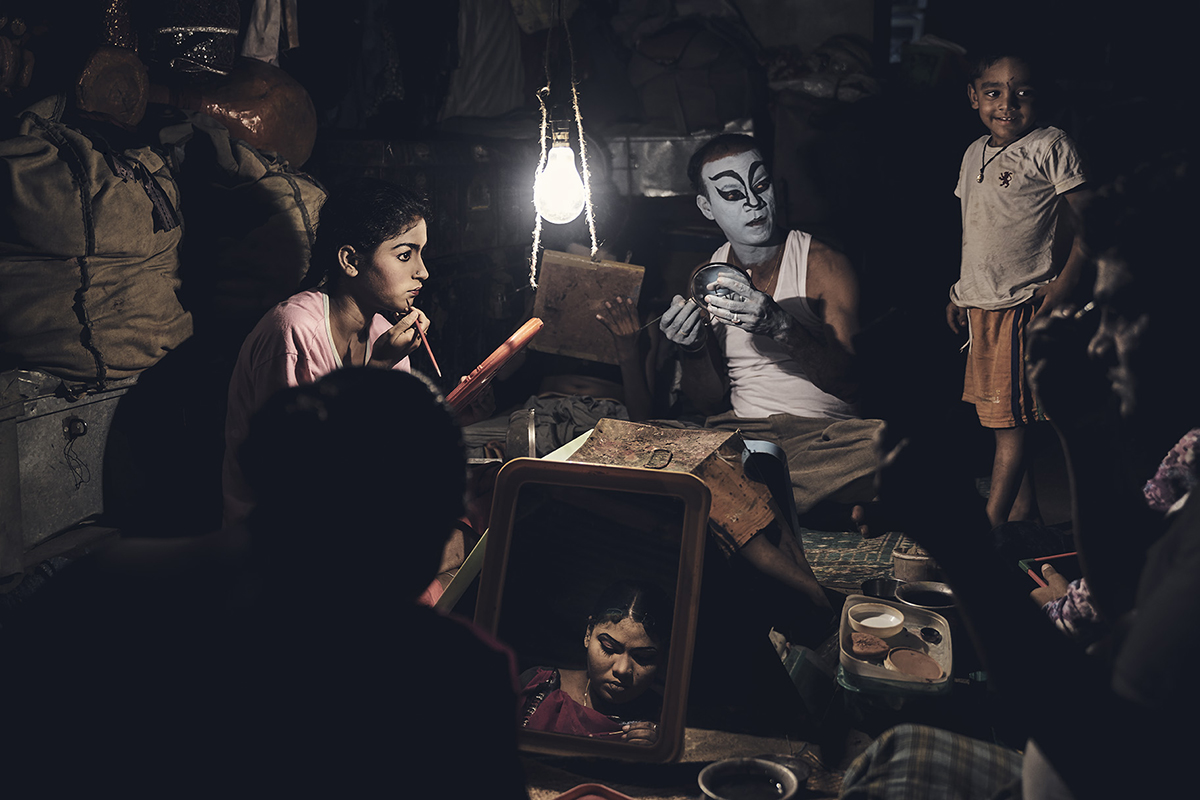 “All the world’s a stage, and all the men and women merely players”
William Shakespeare here talks about the players within us humans, However, this image is set to do the opposite. Capturing the humans behind the players, in a seemingly trivial yet compelling moments that exude duality during the transformation of an artist, physically and otherwise, into a character while they leave themself behind and step into their other self.
This image is part of a series called "Duality" which primarily showcases the intimate moments of an artist at a precise and precious period of time diving deep into the lesser-known world of transitioning of an artist.

Author: Nitish Adla was born and raised in the southern part of India. Hailing from the city of Hyderabad, that resonates culture in every sense of the word. Right from his childhood, he was fortunate to be encompassed by breathtaking architecture, intricate sculptures, beautiful literature and rich fine arts. Thanks to the benevolent patronage which people received from the city’s former rulers.

His schooling life as a Computer Science grad student played a remarkable role in shaping his interests. Nitish was always enthralled by arts. His interests strengthened and made him move to the United States of America to pursue a Masters of Fine Arts Photography degree at the Academy Of Art University in San Francisco.

With his inspirations taking new turns, he evolved everyday. His childhood fascination towards theatre arts and traditional dance forms has intrigued him to work with diverse artists. Nitish’s main projects are based on building a connection with the artists and capturing their intimate moments. His other works also focus on historical processes like Gum Dichromate, Cyanotype, Lumen prints and other traditional darkroom processes.