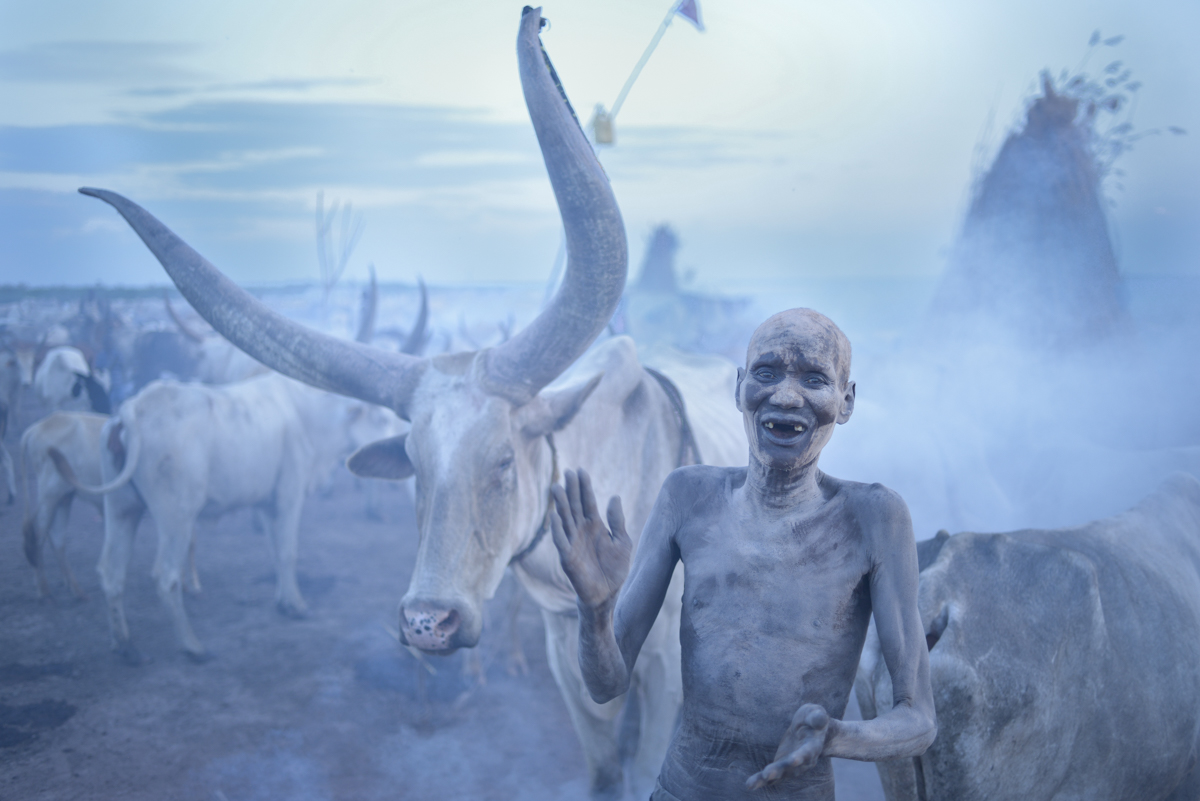 An Dinka tribesman sings to his cows at a cattle camp on the banks of the Nile river in the Jonglei state of South Sudan.

Author: Born in Botswana, in a rural hospital his dad likes to remind him only charged 17 pula for the privilege, Tobin began his life in the small dusty village of Gumare on the banks of the Okavango Delta. It wasn’t long, though, before his family moved on, this time to Malawi. It was here Tobin learned to be a kid - riding his bike around Lilongwe, fighting with his siblings and building mud dams in the garden. When he was 10, his family once again moved up the African continent, this time to Kenya, where Tobin finished high school.

Tobin has worked as a photographer throughout Africa, and sometimes further afield, over the past decade. Through his photography, he has explored the realities of modern day Africa, from Somalia’s struggle to emerge from a 20 year civil war, to transgender issues, and the intersection of modern religion with traditional healing practices in slum communities.

Tobin holds a bachelor’s degree in International Development, with minors in Economics and Political Science, from McGill University (Montreal) and a Master’s degree in Photojournalism from the University of Westminster (London). Today he lives in Nairobi, Kenya, where he manages the photo collective NonAligned and works as a freelance photographer and videographer.

Tobin Jones’s photography has appeared in multiple publications including The New York Times, Time Magazine, The Guardian, and The Huffington Post. He has also worked for a number of international organizations and NGO’s throughout Africa, including UNHCR, WFP, the Danish Refugee Council, and the European Union.

Tobin is a member of Wonderful Machine and Studio Hans Lucas.