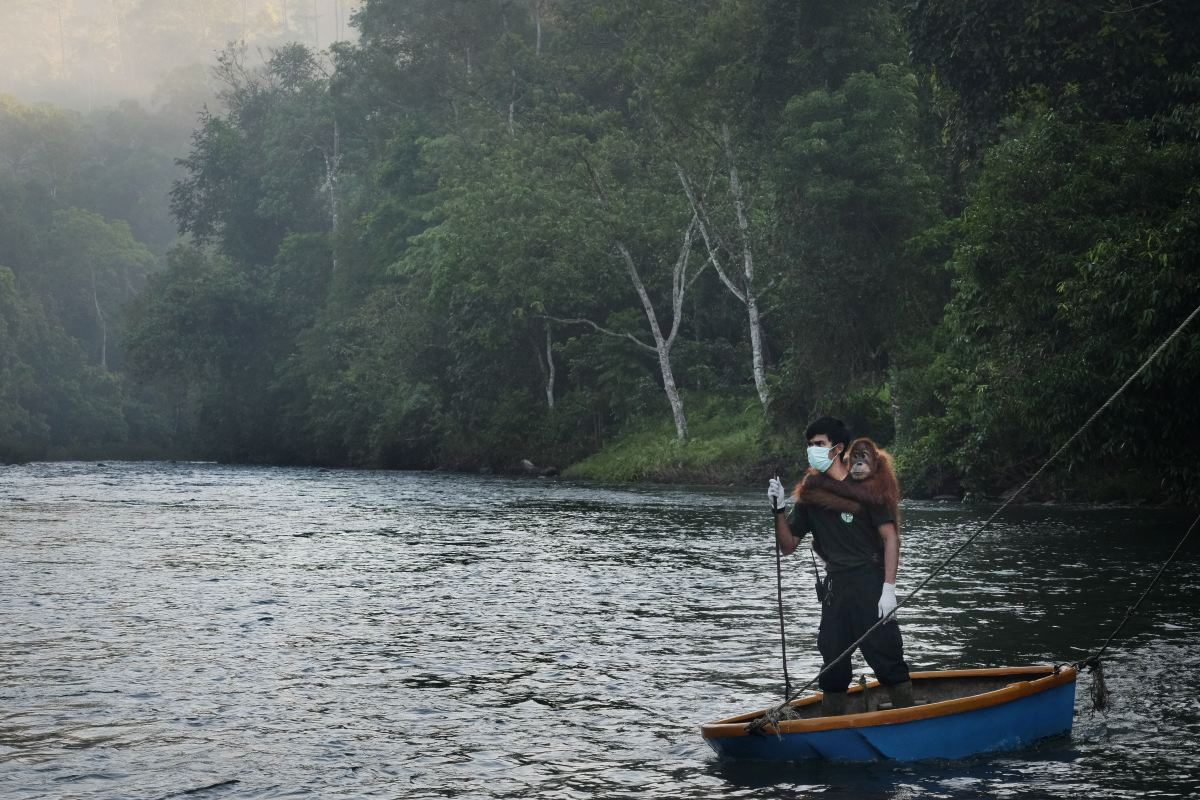 At dawn, veterinarian Pandu crosses the Krueng Aceh river in a small boat carrying Diana, an 8-year-old female orangutan, for a final release. But this is not Diana’s first attempt. Five years ago in 2014, she was released unsuccessfully having to return several times to the SOCP Quarantine Centre in Sibolangit for a variety of ailments. Having been domesticated, Diana had difficulty adjusting to forest food and on her last visit to the clinic, they discovered she had Malaria (an extremely dangerous illness for an orangutan) that required a blood transfusion. Since, she has been on a strict diet of leaves but it remains to be seen if she will successfully adapt to the jungle this time.

In order to follow and monitor orangutan behavior, caregivers and other staff have to develop bonds of trust with the animals. By always maintaining a safe distance and only observing, never getting too close, the orangutans get used to seeing the humans.

The goal of the Jantho Reintroduction Centre is to establish a new, wild and sustainable Sumatran orangutan population within the Jantho Pine Forest Nature Reserve. Since 2011, over 100 orangutans have been released back into their natural habitat and several new births have been recorded.

General caption:
Indonesia’s Sumatran orangutan is under severe threat from the incessant and ongoing depletion and fragmentation of the rainforest.  As palm oil and rubber plantations, logging, road construction, mining, hunting and other development continue to proliferate, orangutans are being forced out of their natural rainforest habitat.