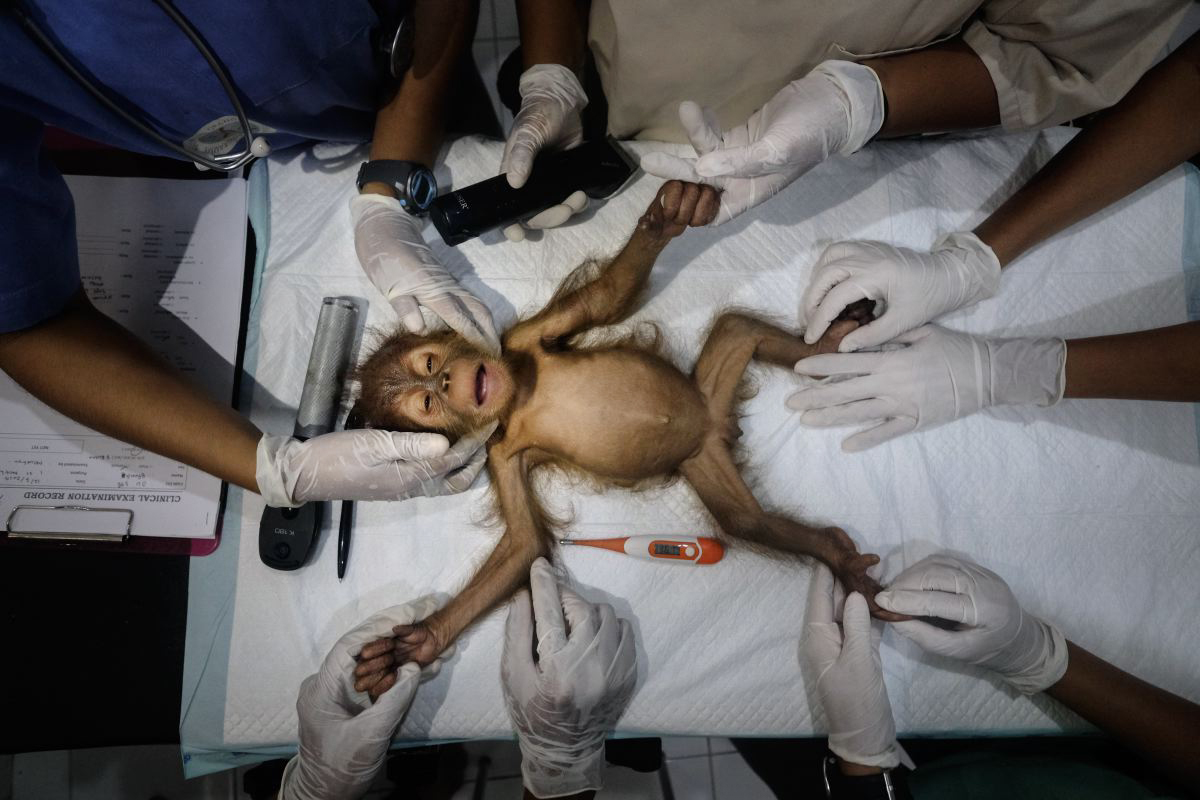 Brenda, an estimated 3-month-old female orangutan (she has no teeth yet), was confiscated from a villager in Blang Pidie on the west coast of Aceh. Confirmed by X-ray, her left arm humerus was completely snapped in two.

The 3-hour operation was led by Dr. Andreas Messikommer, a renowned orthopedic surgeon invited from Switzerland whose more usual patients are people in and around Lausanne and Montreux.

Dr. Messikommer, has assisted the SOCP on many surgeries over the last 15 years.

General caption ;
Indonesia’s Sumatran orangutan is under severe threat from the incessant and ongoing depletion and fragmentation of the rainforest.  As palm oil and rubber plantations, logging, road construction, mining, hunting and other development continue to proliferate, orangutans are being forced out of their natural rainforest habitat.

That we share 97% of our genetic heritage with orangutans seems obvious when you observe their human-like behavior. Today, with just over 14,000 specimens left, the Sumatran orangutan (Pongo Abelii) along with the 800 specimens of the recently discovered Tapanuli species (Pongo tapanuliensis), are listed as critically endangered by the International Union for Conservation of Nature (IUCN).