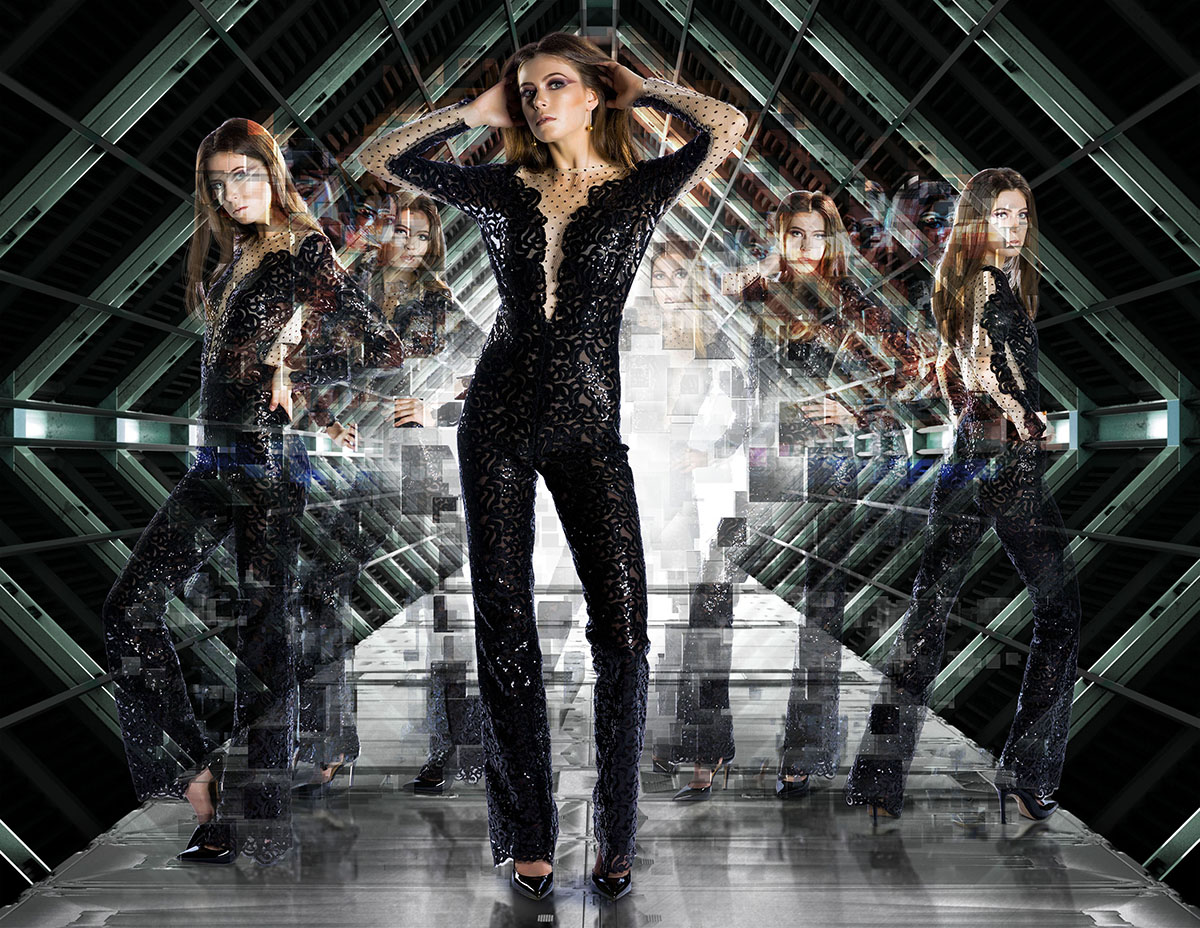 In the editorial “Models in Space: Paris, We Have a Problem!” 2b+photo (Tobias Meier) actualizes his futuristic (and very fashionable!) vision.

It is what would happen if the catwalks of Paris collided with Star Wars. An unforgettable editorial with its colourful scenes. It is a glimpse into a world where clones protect the high powered and floating in outer space is the norm.

The scenes are interesting, mysterious and open to interpretation. One can only guess what the woman pointing to the map of earth is saying, or what the button a woman presses is for. 2b+photo provides his viewers with a flexible storyline, ultimately determined by their own imagination.

Author: 2b+photo (Tobias Meier) specializes in storytelling photography for fashion and advertising. 2b+photo makes conceptual photography, with many intricacies to draw the viewer in. He carefully combines complex sets, backdrops and visual effects for contemporary photography with a surrealist and pop-art feel. His work is detailed and colorful, communicating brand aesthetics through highly stylized photography.

Well known for his large scale fashion editorial productions and creation of elaborate sets, Tobias Meier’s work balances complexity with fine art. Tobias has a background in visual effects for feature films (lighting and matte painting), including academy awarded movies, as well as a Masters Degree in Art from University of Portsmouth. He is based between Vancouver and Paris.