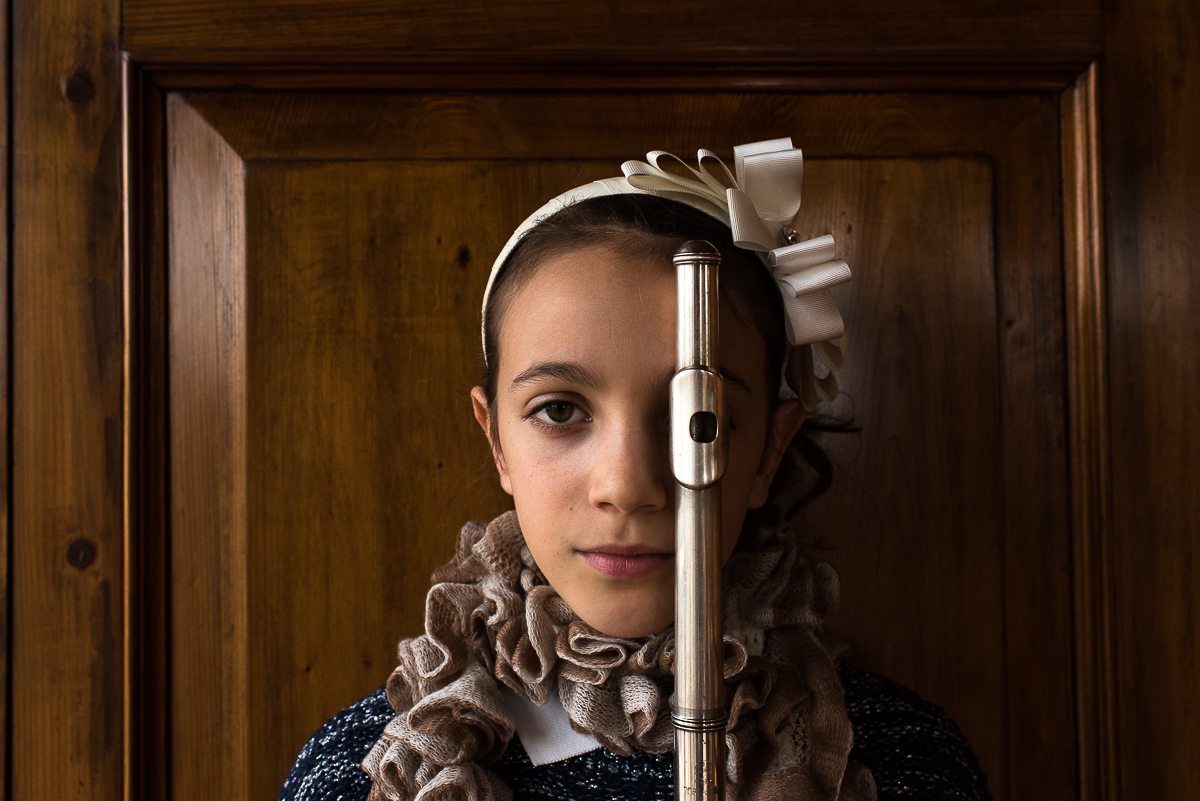 ITA, Bologna, Castel San Pietro Terme, November 11th, 2017. Michelle has just finisced her side-blowing flute class at the School of Music. She has been attending flute classes since she was six and she dreams of playing the flute in her small town official band together with her father who is playing the trumpet.

Author: Isabella Franceschini is an Italian freelance photographer based in Bologna.  She graduated in Economics from Bologna University, Italy. After travelling abroad with the Nikon School Photo, she has grown as a photographer studying in Bologna with the renowned photographer Fulvio Bugani since 2008. She has focused on reportage, portraiture, black & white and street photography.
In 2018 she attended the annual WSP Masterclass of photojournalism in Rome with the well-known photographers Fausto Podavini and Giovanni Cocco and the photo editor Rosy Santella.
In 2019 she attended the professional Pro-Photographer Masterclass in Rome with the award-winning photographer Paolo Marchetti.
Now Isabella divides her time between her work and documentary photography. Her projects are mainly inspired by human experience. She wants to celebrate the ordinary things that happen around the world all the time in her photographs.