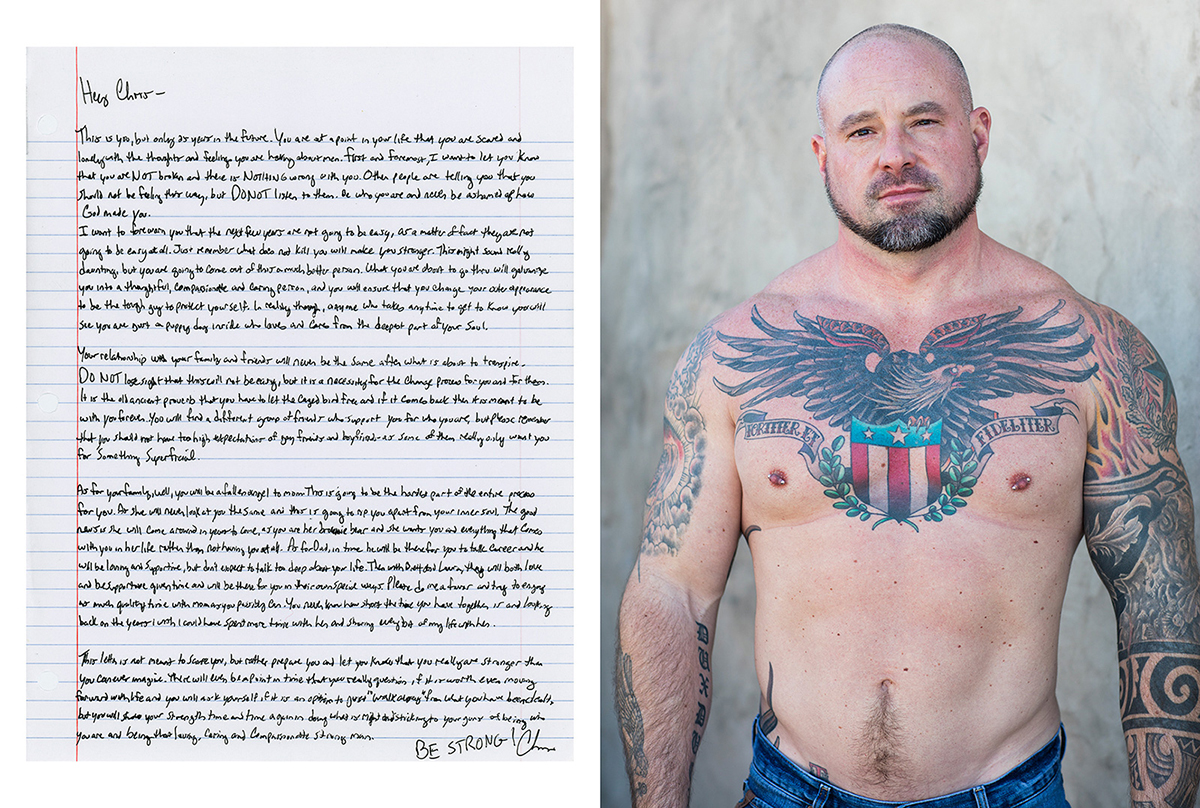 If I knew then…

…What I know now.
People in the LGBT Community wrestle with two common experiences: a before and after and the internal struggle associated with the transition between that before and after. Researchers from the Centers for Disease Control and Prevention have found that 40% of high school students who are considered sexual minorities have considered or attempted suicide. This is a staggering statistic and is often associated with shame or a lack of support. If you’re someone who identifies as part of the LGBT community, what would you tell your younger self to help provide that much needed support if you had the opportunity? How would that advice have helped you? How might that advice help others? This project tackles those questions and serves as a support network for those who so desperately need it.
This internal struggle previously mentioned typically starts with a unique emotional isolation including a degree of confusion, denial, and shame, which can extend for decades depending on one’s circumstances. The ultimate concern being: Once one comes out as Gay, Trans, or Bi, there is no going back to that past life. Everything changes. Coming out can and will likely affect one’s family, friends, and career. One can only move forward, with varying degrees of success, sometimes at the expense of their job, their family, or their life.
As a gay man, it’s hard to understand what life would be like without having had that internal struggle. I often ask myself: What would it be like to live exactly as society expects and not know any different? What would life be like to simply focus on your career or your passions without having this other invisible “thing” going on? What would it be like to feel as if I didn’t have to avoid certain topics on a daily basis that may expose vulnerability? What would it be like to not have to come out over and over as you meet new people? What is it like to not not have to be conscientious and strategic about who you open up to in fear of what the consequences may be? I personally feel that I have lucked out in many of these areas, but as my social network has multiplied in my adult years, I find that so many others were not so lucky. As others have shared their stories with me throughout the years I often wondered how things would have been different had they had a real support network available to them? Furthermore, I wonder what advice they give themselves if they had the opportunity.
Each portrait in this project is paired with a handwritten letter to the subject’s younger self, their past life so to speak, where the subject confronts themselves openly and honestly by providing the advice they so desperately needed. In this project, the handwritten letter gives the audience the unique opportunity to experience this internal dialogue and to connect with the subject on a deeper, more intimate and emotional level.
The struggles that the LGBT community faces helps us develop a heightened sense of empathy and compassion for one another and their unique situations, whatever they may be. This project is an exercise in mental health, not only to be cathartic for the subject in each piece, but to serve as a body of work to reference for those who are currently facing their own similar challenges. Each individual story is a piece of the foundation in which the community builds its future together.
This work is about:
The survival skills LGBT people learn, often without the help of others, that helps define who we are as adults.
The missing advice we so desperately needed when we felt alone.
The parenting some of us deeply longed for.
The hug we needed when we wanted to jump off a cliff.
The phrase we all desperately wanted to hear: “Everything will be alright.”
A reminder that you’re not alone.
What we wish could have known to make an already challenging life a little less difficult.

Author: Ryan Bakerink is a photographer in Chicago, IL focusing on counterculture lifestyle within the music industry, off the grid communities, travel photography, and portraiture, specifically focusing on social issues. The inspiration behind Ryan's work started when he was growing up in rural Iowa where there was little to no opportunity to stretch one’s personal or social boundaries. Ryan spent his nights flipping through his Mother's Rolling Stone magazines and his Father's National Geographic magazines...daydreaming that he would one day get the opportunity to create the incredible portraits of musicians, see all of corners of the world, and create work that has an impact on others. This rural farming community was suffocating, so much so that it was the fuel behind expanding his horizons beyond what was imaginable in a town of 500 people with no diversity or opportunity in sight.

Understanding what it’s like to be sheltered from any lifestyle or culture that can challenge ones perspective of the world, the ultimate goal of Ryan’s work has been to pull the curtain back and expose the general public to lifestyles, communities, and places that have been overlooked to help provide a greater understanding of human nature.