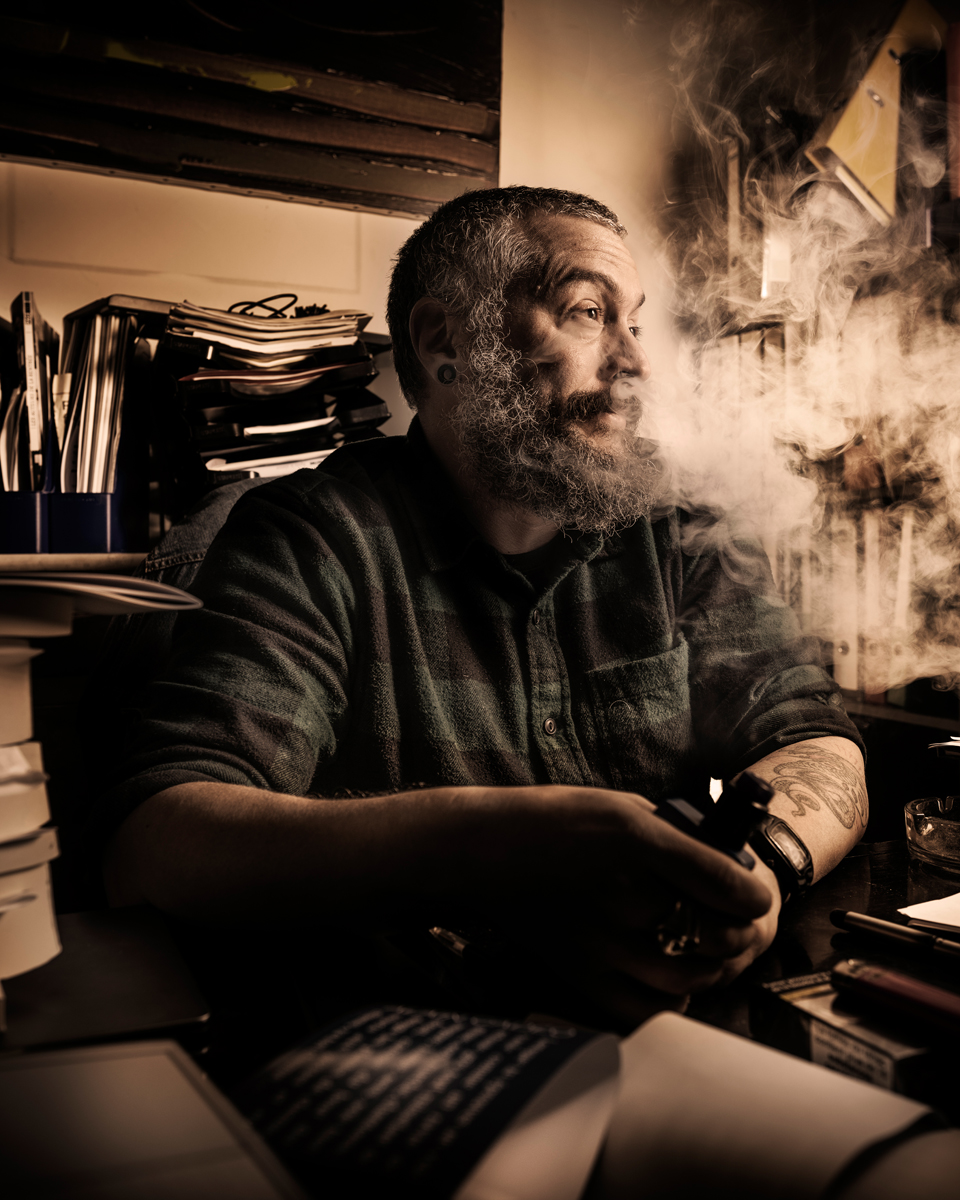 The bookseller in his workshop