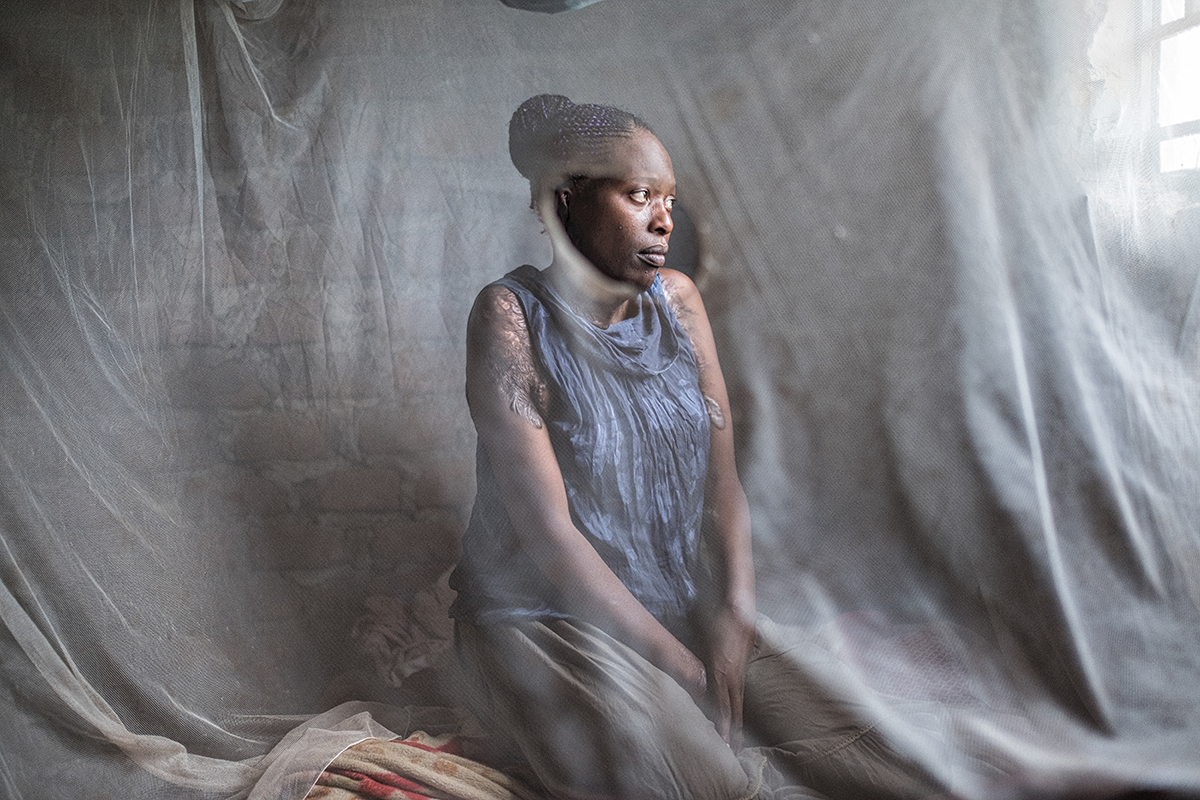 Nalumu is born in 1994.
In 2014, when she was coming back from a local market in Kampala (Uganda), received an attack with acid by an unknown man.
She spended several months in the hospital, suffering for the scars and for the damages at her nerves of hands.
People and neighbor insult her for aesthetic aspect.
Helped by End Acid Violence, today Nalumu lives with her family in Bukeka village, making necklaces.
In Uganda, every year, are hundreds the victims of these criminal attacks.