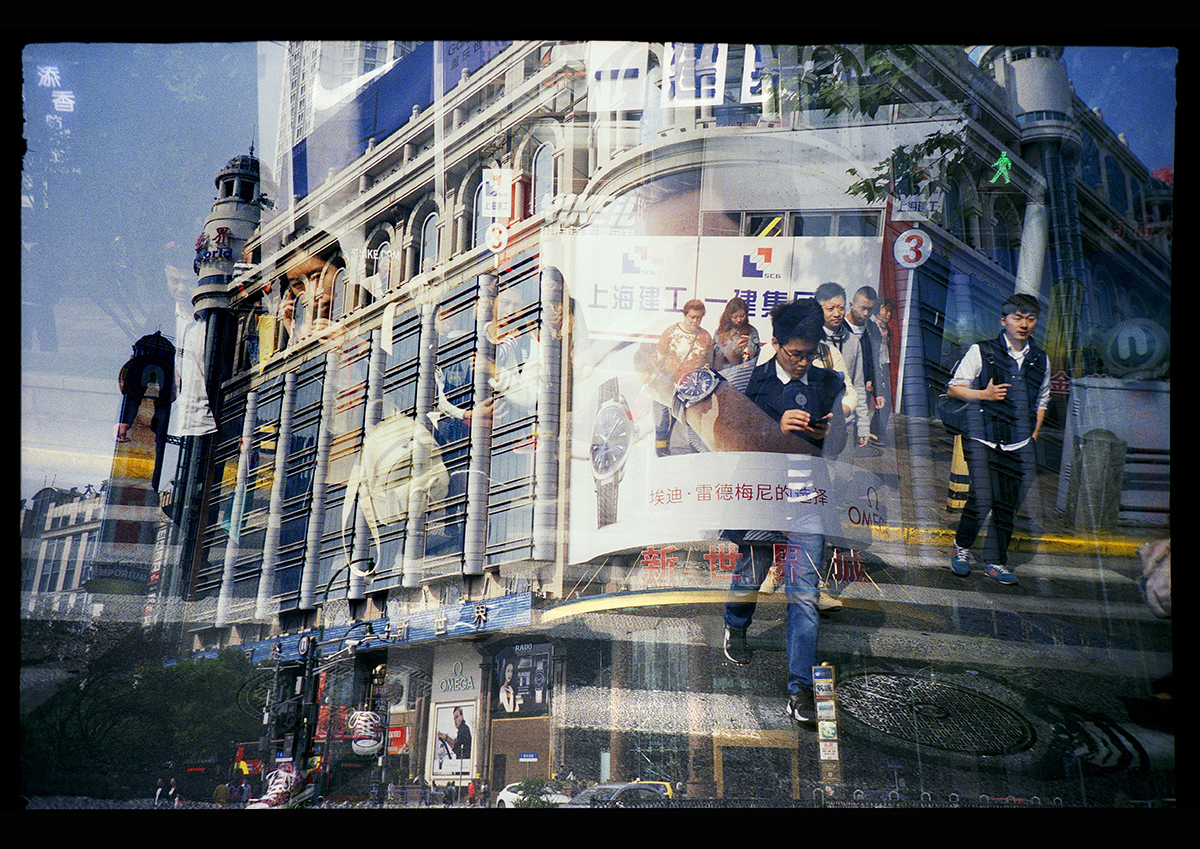 "Shanghai People Rush Hour" taken in Shanghai with my 35mm film camera applying the double exposure technique using a 100 ISO colour film is part of my ECLECTIC series of double exposure photographs of Street Environments of different cities, countryside and beaches from around the world. Where each city has its own distinctive pace of elements, circumstances, colours; an array of miscellanea that shape what we call memory; a human quality as ephemeral as ever-changing. All pictures where taken with a 35mm film camera using colour film, applying the double exposure technique, creating a balance of colours, shapes and symmetries.

Author: Alexandro Pelaez was born in Caracas, Venezuela. Alexandro initially studied Communication (Advertising) in Jacksonville, Florida and worked in an advertising agency BVK Meka in Miami as an art director.

Having moved to London in 2001, Alexandro has worked over the years on various photography projects with different clients in the UK, Latvia, Germany, Italy, France, Vietnam, Hong Kong, Shanghai and USA. Recently, Alexandro received the "Highly Commended" Award by the London Photographic Association in 2014 for his "HEROES & VILLAINS"series.

Alexandro will be having his first solo photography exhibition this year (2018) "LONDONERS AND THEIR ENVIRONMENTS" at the Herrick Galley and he will participating at this year's SHANGHAI ART FAIR in November for the second time where he will be exhibiting his latest project of Street Photography. A series of double exposure photographs of different cities taken with his 35mm camera.