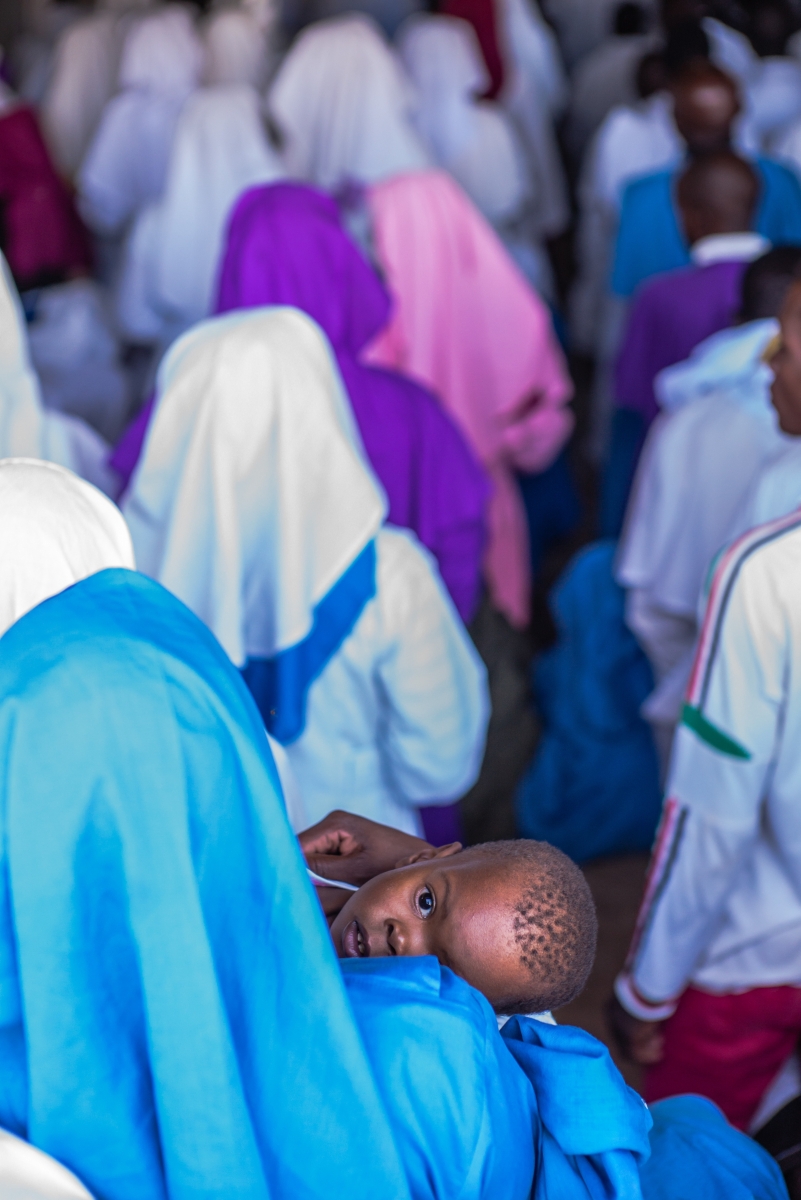 Same Jesus and same Mary, just black. Same Christian religion, a child in the street procession.
According to ‘The Legion of Maria” in Nairobi’s slums, it was announced that “Jesus will come back again after crucifixion”, but he will come back in Africa, to save all of them. The Church was created in 1963. Superimposed on the Christian religion, with same traditions and religious structure, the Legion of Mary is populated by archbishops, cardinals, priests and deacons. The church vindicates color and race, performing weekly miracles and reaffirming local identity and a strange form of hope.