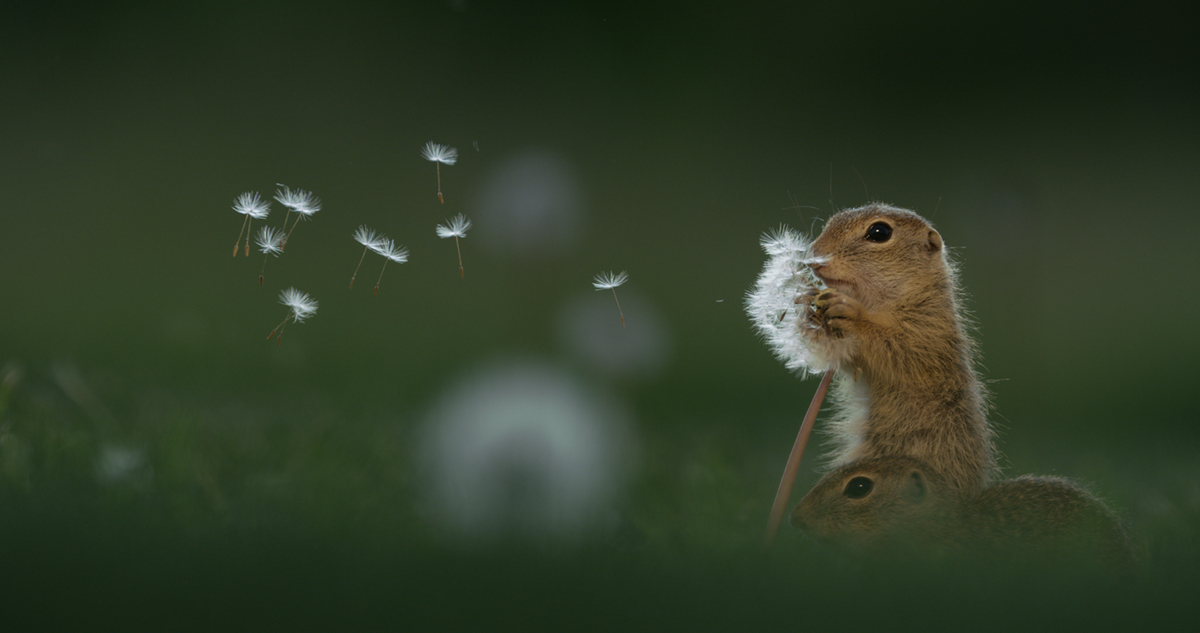 When I first saw this scene in my garden, I instantly knew that I was going to capture it. Nature did not give herself up easily: one year later I kept laying in the grass for 3 weeks to get this image of a young ground squirrel nibbling dandelions, while a few seeds are scattered in the air.