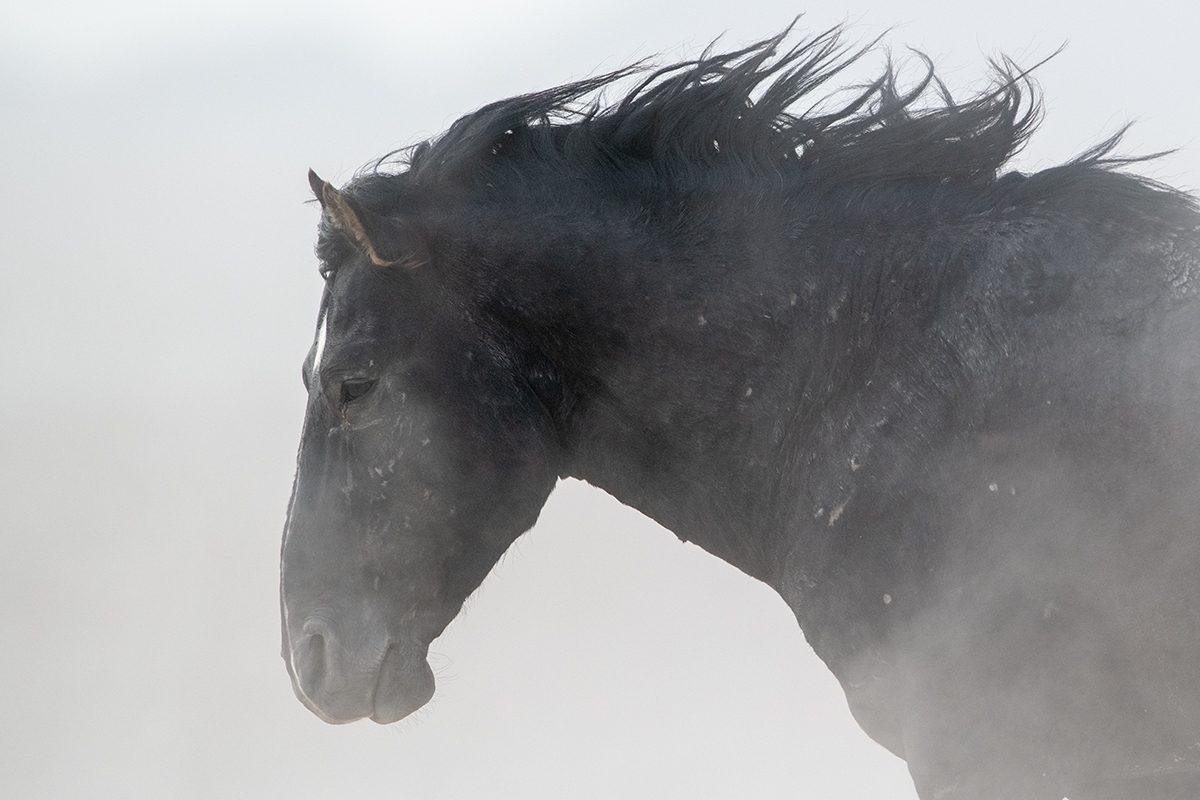 Portrait of a rugged wild horse as it stands steadfast and head-first into a dust storm.