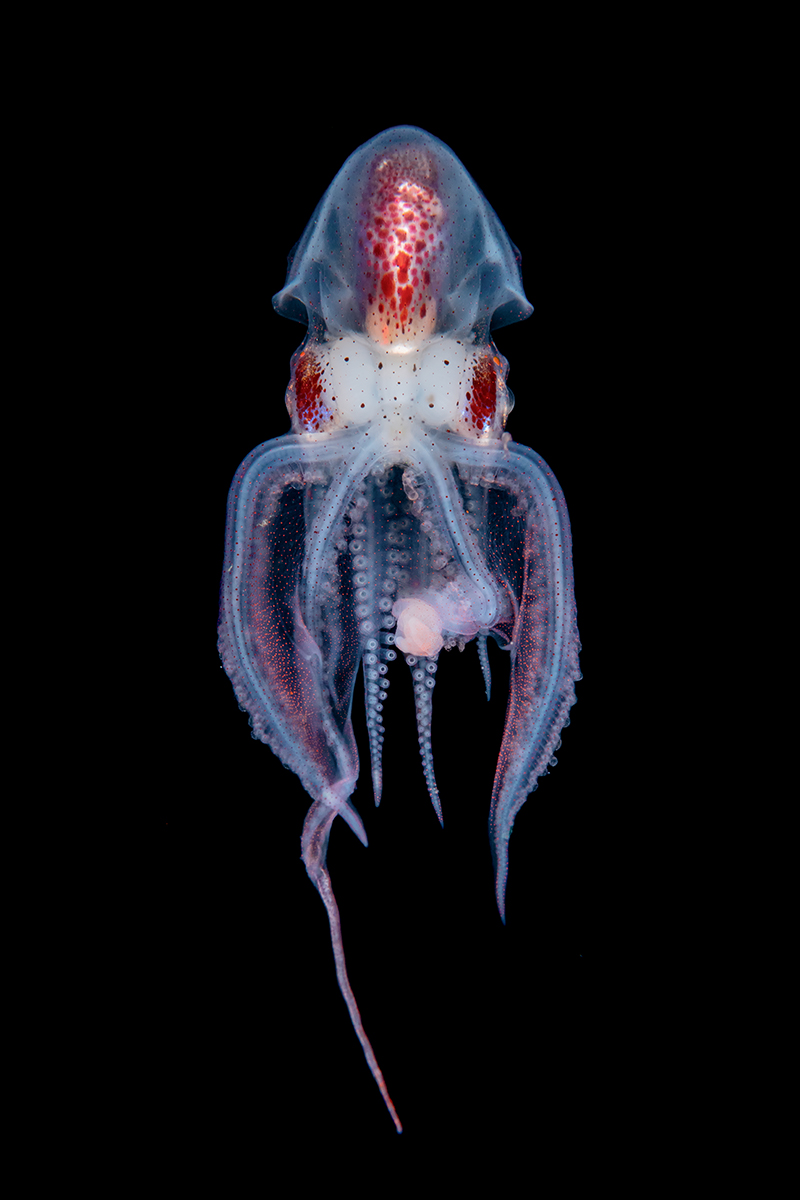 Tremoctopus, commonly known as blanket octopus (because of the blanket-like transparent webs attached to their tentacles), are cephalopods commonly dwelling on surface to mid-level waters. A fascinating creature with females growing up to 6 feet (taller than most humans), the male boasts a cute length of mere 1 inch or less. This great disparity are believed to have stemmed from sexual reasons with some researchers saying that females would tend to require more energy so that they can spawn more while the male doesn’t have any use for larger bodies as they only need to give an arm to the female and the female would use the arm (as if it was her toy) to satisfy her own needs. Given their reproductive make-up, I can’t help but feel sorry for the male blanket octopus. But nonetheless, its misfortune in its love life is complimented by its dazzling appearance.

Author: As an underwater photographer, Cai is very keen in blackwater diving where he is able to explore different kinds of marine life. He is also fond of blackwater photography because for him, it is one of the mediums where in the wonder of these sea creatures are emphasized, as the stars shine brighter in the pitch black skies, the dark seas also give his photo subjects this unique glow that can only be attained in black waters. In the recent years, Cai’s work have been featured in various magazines and marine research books with some even winning awards in various international competitions.