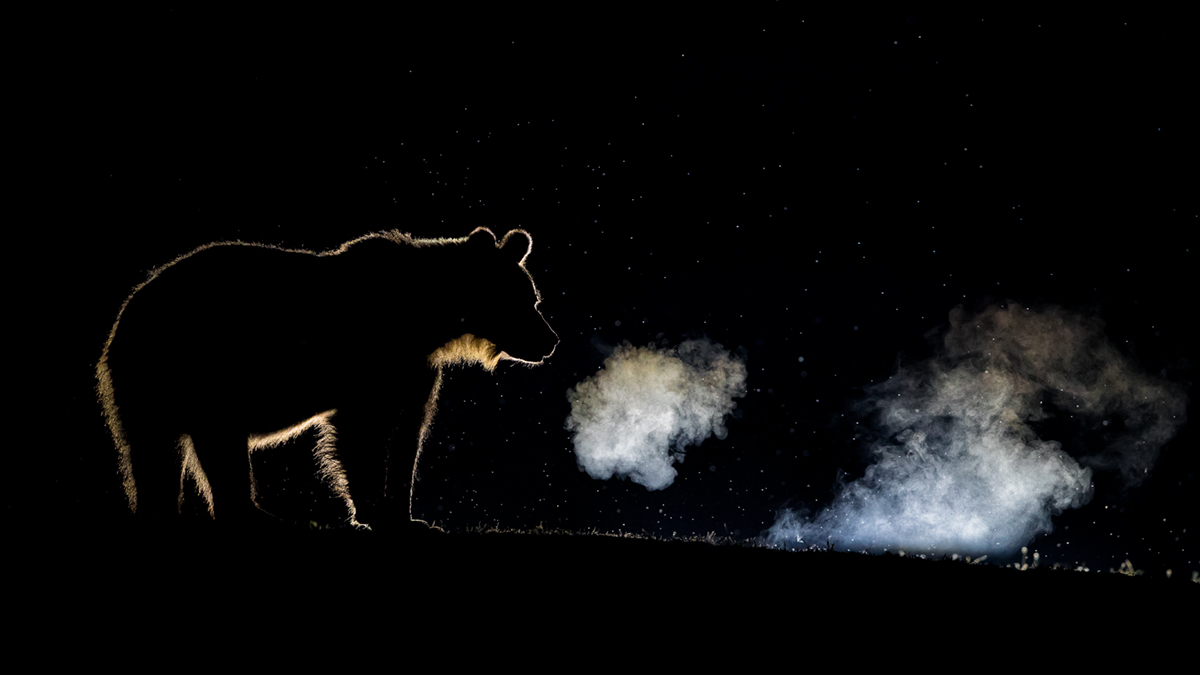 A brown bear growls a warning of his presence to an interloper, his breath vanishing slowly in the windless forest.