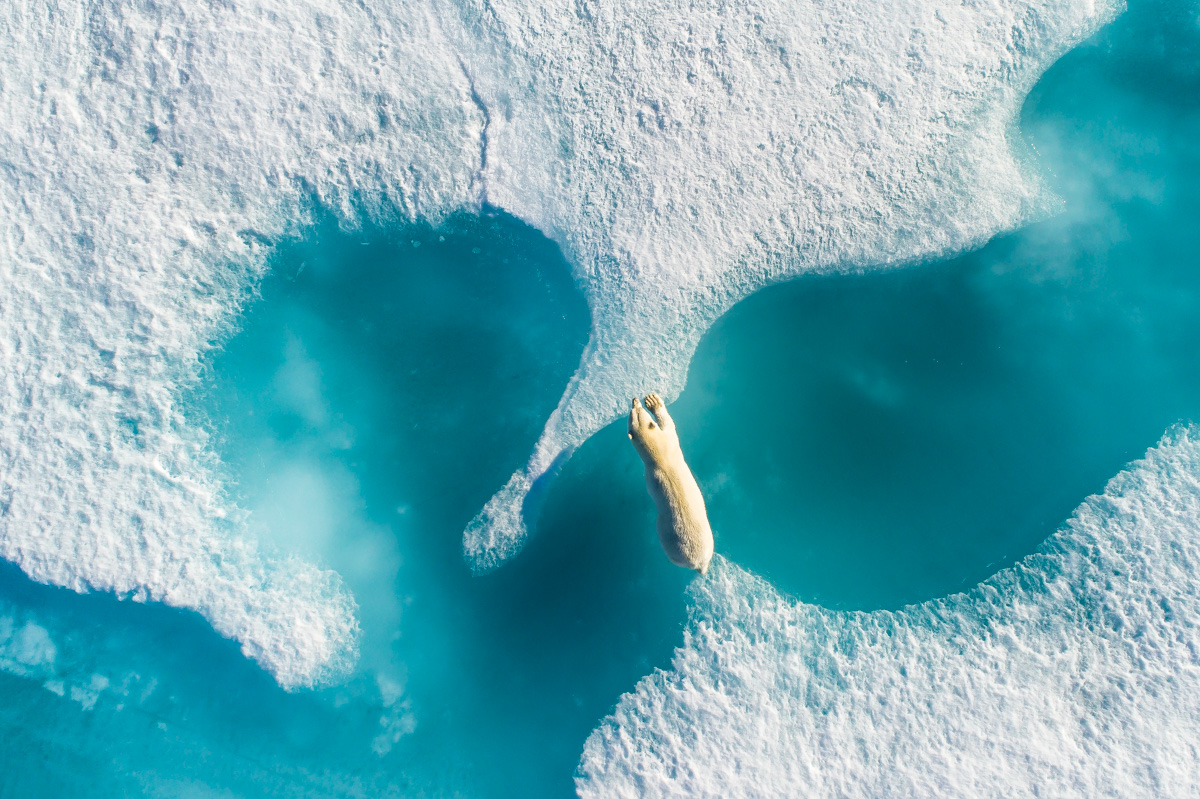 image reveals the polar bear’s habitat during the summer in Nunavut, displaying the animal resting on the pack pieces of ice. Polar Bears do not only depend on the sea ice as a platform for hunting but also as a place where they can rest between the hunts.

I believe in and aspire to, bring a new perspective of capturing wildlife we already know well from traditional photography. I believe these images allow us to observe and document their behaviors from a new angle and approach, revealing the animals in their entirety as well as in a wider habitat and landscape, in a way not before possible, a new way of learning about the white northern part of our planet. It is more than time to act and I want my photo to help conservation to create more Marine Conservation Area.

Author: Photography has always been my way of expression; it gives me a different perspective on the world, a new way to observe my surroundings and especially the means to capture moments of life to share with others. I started photography when I was 12 years old as a simple pleasure while traveling with my family. I was far to imagine that I will find in it my life power.

As a self-taught, I developed this passion until it became strong enough to become photo reporter in the French military Navy. In parallel, I started my own project by working on Greenland reportages. There is no doubt that the beauty of nature, the search for isolated and wild places in the Arctic, led me to photography.

Later my new project took me closer to the Arctic Wildlife, it was so intense that I had this desire to become a wildlife photographer to spend more time close to the different species.

My engagement to bring new and meaningful images is also recognized by conservation organism such as the International Union for the Conservation of Nature.