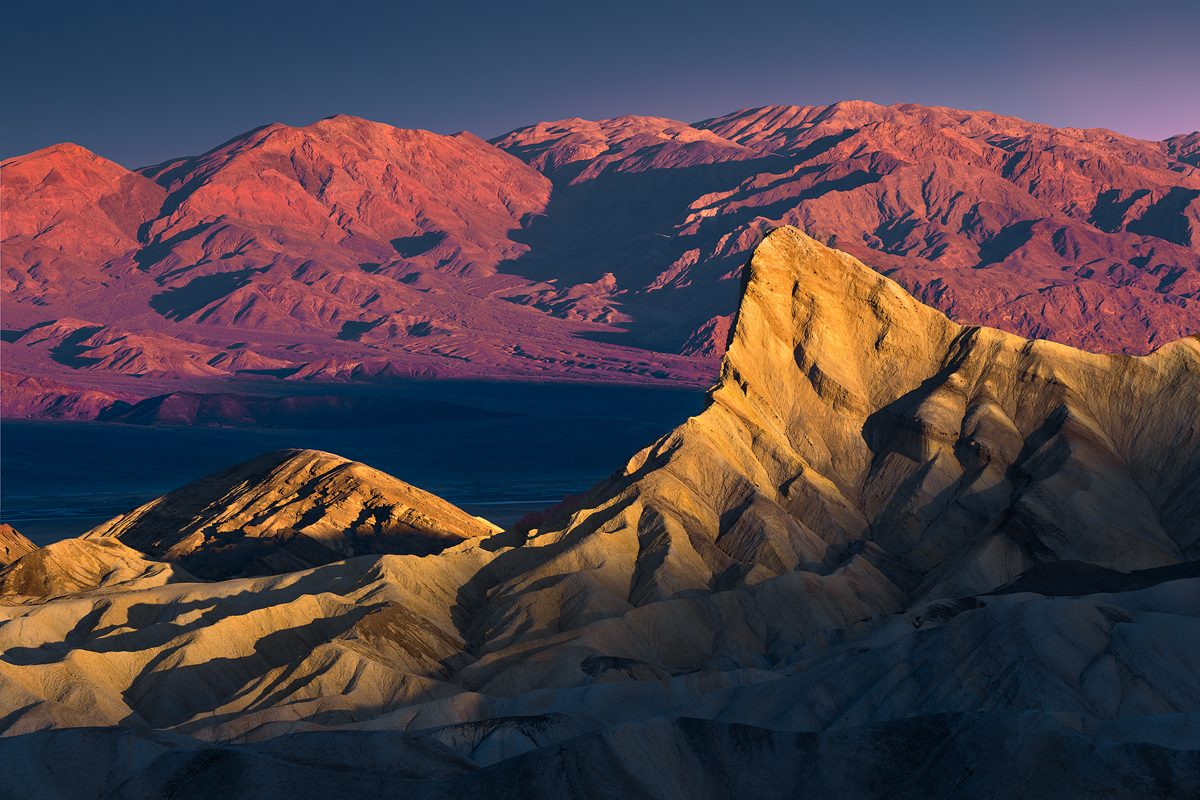 Sunrise in Death Valley, United States.
Like a shark's dorsal fin emerging from the water, this rocky peak emerges from the darkness, promising a deadly hot day, as menacing as a shark's jaws.