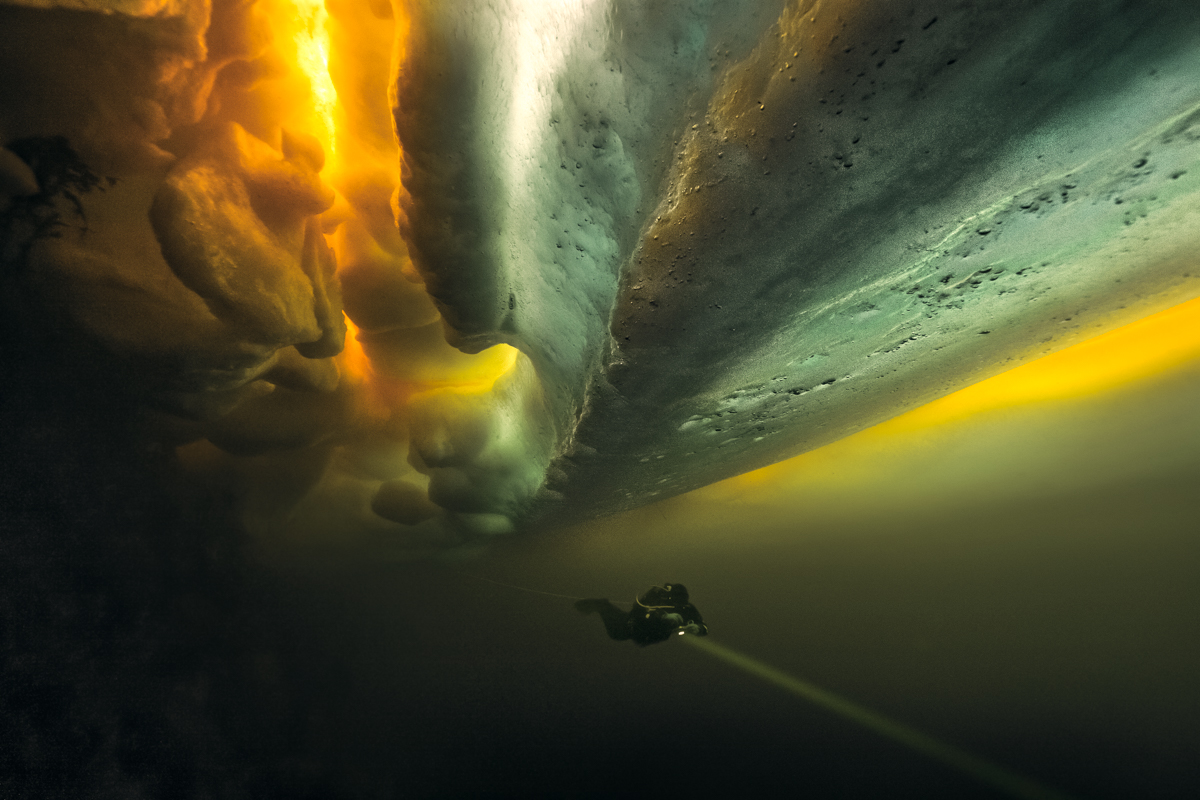 This photo is a view on the ice of the White Sea from underwater. The ice is usually about one meter thick, on the coast it breaks due to the tides and forms various shapes. Light from the sun's rays decomposes into individual colored components at the edges of the ice, diver added. This image was taken while ice diving in the White Sea on the Arctic Circle, Russia.

Author: I have been a photographer for a long time and after I started diving in 2003, I took this hobby to the underwater world. So now I shoot both "above water" and "under water". I have visited different parts of the world, from warm southern oceans and seas, to geographically temperate places, to northern areas with very cold water. In recent years I have focused on photography in flooded cave systems in the Yucatan. This Mexican peninsula is home to the largest flooded cave systems in the world, hundreds of kilometres long. The world of flooded caves absolutely captivates me and compels me to capture this beauty in photographs and share it with others.